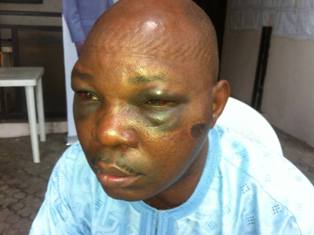 A Federal High Court sitting in Lagos yesterday (Tuesday) granted the motion to call oral evidence in respect of a N500 million Assault suit filed against the Nigeria Customs Service (NCS), by the Lagos State Council of the Nigeria Union of Journalists (NUJ), on behalf of a Badagry-based journalist, Otunba Yomi Olomofe.

Justice Abdulaziz Anka of the Federal High Court, Ikoyi, Lagos while granting the motion said the oral evidence is necessary to clear some grey areas in the suit before him.

The judge however, declined the applicant’s motion to file further evidence affidavit.

He therefore fixed Monday, April 24, 2017 for further hearing of the Assault suit.

Justice Anka, had on February 23, 2017 adjourned ruling on whether or not to allow oral evidence in the Assault case against the Customs and eight other defendants.

Also on the same day, Justice Anka ordered the defendants in the case to file their claims accordingly on the pending applications in respect of the substantive suit to enable him deliver his ruling at yesterday’s proceedings.

Lagos NUJ had sued the NCS and eight others for the violent battery and assault of Otunba Yomi Olomofe at Seme border Customs Office on June 25, 2015.

Be the first to comment on "Assault On Journalist: Court Grants Motion For Oral Evidence"