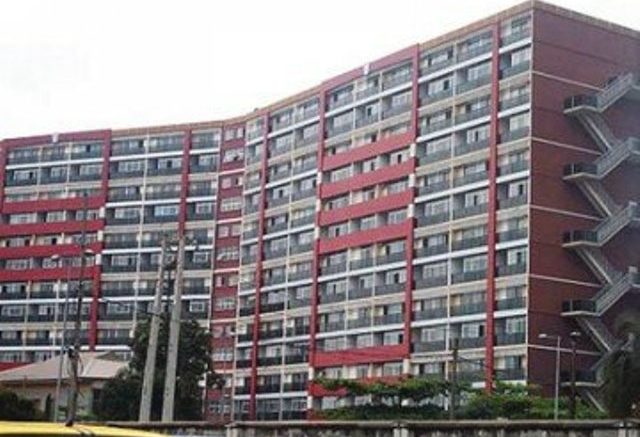 The Nigeria Police has arraigned the President of 1004 Estate Residents’ Association in Lagos, Mr. Tayo Soetan and four other persons before an Igbosere Chief Magistrate’s Court, Lagos, on charges bordering on conspiracy, felony, forceful invasion and conduct likely to breach of public peace.

Others charged with the Estate President are: Bosun Sosanya and a lawyer, Adebayo Ademiluyi, Friday Alika and Abubakar Audu.

The Police in a charge marked G/13/2017, filed before the court on Tuesday, alleged that all the five defendants had sometimes on December 5, 2015, conspired among themselves to commit felony by forcibly entered into the office of the Managing Director of 1004 Estate Limited, Mr. Samuel Ukpong and took over the management of the Estate from him and disrupt the smooth administration of the Estate.

They five defendants and others at large were also alleged to have intent to cause a breakdown of law and order and conduct themselves in a manner likely to cause the breach of peace, when they forcibly entered the office of Managing Director of 1004 Estate, Mr. Samuel Ukpong.

The offences according to the Prosecutor, Mr. Paul Ogwuba, are contrary to and punishable under Sections 411, 52, and 166(d)(b) of the Criminal Laws of Lagos State of Nigeria, 2015.

All the five defendants pleaded not guilty to the three counts charge.

Upon their not guilty plea, lawyer, to the first defendant, Kingsley Ajogun, urged the court to admit their clients bail on self-recognisance.

According to him, “the first defendant was invited by the police for interview before he was brought to court for arraignment. He is a Deputy Managing Director of Halogen Security. I urged the court to admit him bail on self-recognisance.”

In the same vein, lawyer to the second, third, fourth and fifth defendants, Promise Asipo, urged the court to grant all his clients bail on the same self-recognisance.

Asipo told the court that the second defendant a Managing Director of Cashlink Limited Company, who has been honouring Police invitations, while he said the third defendant, is a legal practitioner, whose law firm name bear Adebayo Admiluyi and Co. and have his office at 200, Igbosere Road.

He said the fourth and fifth defendants is an Operation Manager, and a security operative with a security outfit names Tom Salem Integrated Services Limited, situated at 1004 Estate, Victoria Island, Lagos.

He said if his clients are granted bail on self-recognisance, they will not jump bail.

In response, the Prosecutor, Ogwuba, urged the court to take judicial notice that the matter was a contentious one and that if the defendants are to be admitted to bail, it should be with the conditions that will ensure their attendance in court.

However, the Presiding Chief Magistrate, Mr. W. B. Balogun, said he will on grant the third defendant, Adebayo Ademiluyi bail on self-recognisance, because he can easily be apprehended if he jumps bail.

The court ordered the lawyer to write letter and attached copy of his Bar certificate, complimentary card and passport photograph.

While other defendants were admitted to bail in the sum of N5 million with two sureties in the like sum.

The matter has been adjourned till April 20, for trial.

It was gathered that the residents of 1004 Estate, under the aegis of Home Owners and Residents Association (HOMA) recently sacked a maintenance committee led by Soetan

Be the first to comment on "1004 Estate Residents Association’s President, 4 Others Face Felony Charge"