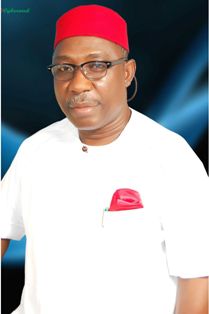 As aviation unions prepare to shut down the aviation industry over alleged appointment of Engr. Ita Awak  as the Director of Airworthiness and Standards (DAWS) , Abelnewsng .com has obtained  the profile of the man in the centre of the impending crisis in Nigerian Civil Aviation Authority (NCAA) in particular and the Nigerian aviation industry in general.

The unions had stated that they want these appointments reversed, failing which the industry would be shut down.

Despite the threat, the new NCAA, Director of DAWS, Engr. Ita Awak has since resumed duty

Ita Awak was born on 27th April, 1960 to the family of Chief Okon Henry Awak of Eyofai, Enwang Community in Mbo Local Government Area of Akwa Ibom State. He started his primary education in 1965 at Methodist Primary School, Enwang and finished in 1971 at Zumratul Islammiya Primary School, Araromi Olodi, Apapa, Lagos State where he had his First School Leaving Certificate.

He began his secondary education first at Methodist Secondary School, Ete, Ikot Abasi, Akwa Ibom State from 1972 to 1976 and following the cancellation of the WAEC result of the entire school, he proceeded to Sarduana Memorial College, Kawo- Kaduna, Kaduna State, where he got Grade One in the West Africa School Certificate Examinations (WASSCE) in 1977.

Ita Awak worked as Line Engineer, Express Airways, Kaduna from 1987 to 1988, Helicopter Engineer, Bristow Helicopters from 1989 to 1992, Senior Engineer, City-Link Airlines, Port Harcourt from 1992 to 1995 and Deputy Chief Engineer, City Links Airlines from 1995 to 1998. To deepen his technical and professional competence, Ita Awak successfully completed several specialised aviation training courses in Brazil and the United Kingdom. Hence, throughout his career as an Aircraft Engineer, Ita Awak has maintained a track record of professionalism and excellence.

As a prolific writer, community builder and astute politician, Ita Awak has worked tirelessly to deepen democratic values and promote good governance not just in Akwa Ibom State but also in Nigeria. He served as Commissioner for Information and Culture in Akwa Ibom State from 2002 to 2003.

Until his appointment as a Director in the Nigeria Civil Aviation Authority, Ita Awak served as Publicity Secretary of the All Progressives Congress (APC), Akwa Ibom State Chapter; a position he handled with unparalleled dignity and candor.

His elevation to the esteemed office of Director, Air Worthiness Standards (DAWS), is a well-deserved appointment. Given his antecedents as a consummate professional, Engineer Ita Awak is poised to effectively discharge his regulatory duties towards strengthening the Nigerian Aviation sector and safeguarding the wellbeing of Nigerians.

Be the first to comment on "The New Director Of Airworthiness And Standards (DAWS), Engr. Ita Awak’s Profile"