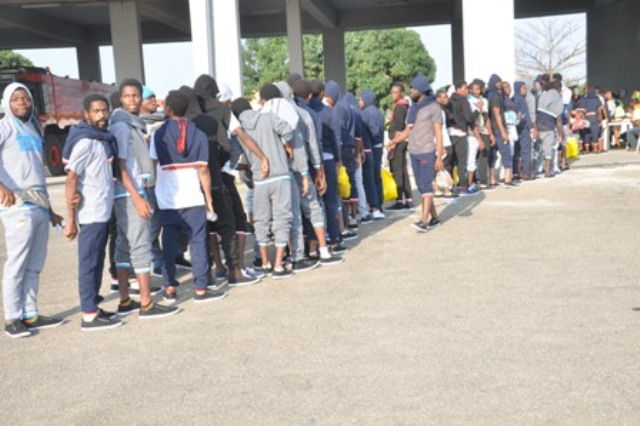 The gale of deportation that has bedeviled Nigeria as country does not rain but pours as South Africa has extended her hatred for Nigeria by Deporting 97 Nigerians.

The deportees which comprises of males and females according to a very authentic source close to Nigeria Immigration Service (NIS) arrived the international wing of the Murtala Muhammed Airport (MMA), Lagos at night on Monday with a chartered aircraft with the registration number GBB710 from Johannesburg, South Africa.

The latest deportation by South Africa coincides with the evacuation of 41 young Nigerian girls from Bamako, the Malian capital, who were victims of human trafficking.

Recalled that the girls were brought in a Military Transport aircraft Hercules C130 with registration number NAF 913 at about 7.25 pm, which landed at the Nigeria Air Force Hangar at the Murtala Muhammed Airport (MMA),Lagos

A breakdown shows that the deportees are made up of 95 males and two females.

Though Abelnewsng.com learnt that the 97 Nigerians were deported from South Africa for alleged civil and criminal offences, it is however difficult to really ascertain the reason why they were deported by the South African authorities.

The source explained that six of the deportees were deported for drug related offences, 10 were arrested and for criminal offences while others committed immigration offences.

The source further said that those deported for drug and criminal offences were immediately handed over to police for further investigation and prosecution while others with civil cases were left to go home after proofing by the officials of NIS at the gateway airport.