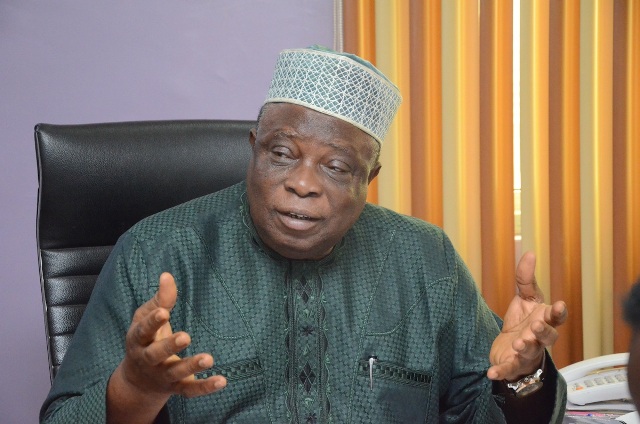 The President of Association of Friends and one time Managing Director of Skyway Aviation Handling Company (SAHCOL), Mr Olu Owolabi has stated that the Nigerian Civil Aviation Authority (NCAA) has questions to answer for not taking proactive steps to oversight the operations of the embattled Arik Air’s as it concerns the airline’s indebtedness, owing workers salaries among others challenges before it was taken over by Assets Management Corporation of Nigeria (AMCON).

This is just as he said that the also embattled Chairman of Arik Air, Sir Johnson Arumemi-Ikhide should be part of the turnaround team because he has been in the company and he knows some of the things that went wrong.

He said these while speaking with a select aviation correspondents at the Association’s head office at Maryland, Lagos today.

NCAA, he argued has alot of questions to answer for waiting for things to fall apart in Arik Air, adding that the regulatory body waited for too long before taking action.

NCAA is to blame for not acting promptly .Why must we wait until last minute before taking action. NCAA knew that the airline was having problems, why did NCAA not act?.NCAA should be asked some questions.”

Basting NCAA further, the ex SAHCOL Managing Director said, “When Aero was having problems, NCAA was aware but what did they do? * Dr Owolabi flanked by Aviation Correspondents during a visit to the Association of Friends  office at Maryland, Lagos today.

According to him, “You need a team to turn around ailing airline. It is not only AMCON that own Arik ,banks are there and they must be carried along.”

The Association of Friends President pointed out that AMCON intervention did not only come late but that its approach was also faulty, adding that the airline is not only indebted to AMCON alone but that Arik Air equally owe banks and others.

Speaking further of the takeover of Arik Air, Owolabi stated that nobody or entity can salvage the operations of the airline if money was not pumped into it , adding that what is playing out at Arik Air is just phase one and that salvaging the airline the Chairman and banks must be carried along.

In his words, “I am very sure that banks that the airline is indebted to were not carried along before AMCON took over Arik Air. Banks need to be involved.”

According to him,”If you want to take over the airline, you don’t tell the owner to stay away. You need him because he knows the pitfalls. To salvage the airline, you need tested hands and professionals such as consultants, administrators, marketers, finance experts among others to turn around the ailing company.”

Abelnewsng.com recalled that the operations of Arik Air was taken over by AMCON on February 9,2017 as a result of huge indebtedness to the corporation totaling about N146b billion due to mounting interest  and  unpaid principal ,debt owed to local banks N165 billion  and foreign portfolios $81 million.

Be the first to comment on "Arik Air Take Over: NCAA Has Questions To Answer—Owolabi, Ex-SAHCOL Boss"