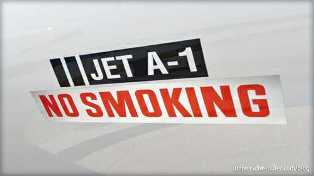 There are indications that the  price of aviation fuel which has skyrocketed to about N265 per litre in the country has made airlines, especially domestic carriers to shiver.

The increase represents over 110 per cent in 12 months, as the same product was sold for N120 per litre between January and February 2016.

The roof top increase in the price of aviation fuel also known as Jet A-1 has caused panic in the industry, a situation stakeholders say may further compound the problems of Nigerian airlines who before now have been struggling to survive.

Abelnewsng.com learnt that in Kano, Kaduna and other states in the North for example the price of aviation fuel sells for between N255 and N265 per litre while in Lagos, it sells for between N240 and N250, depending on the volume purchased by the airline and marketer marketing the product.

Recalled that not quite long this same product was sold for N220 per litre in the Centre of Excellence; Lagos and N230 per litre at airports outside the state.

In other clime such as Saudi Arabia, for example local airlines pay 20 cents per litre, while foreign airlines pay 41 per cent.

A staff of a major oil marketer, who spoke on the condition of anonymity, confirmed the price hike.

He attributed development to Naira’s downward slide against the dollar.

“No one can blame the major oil marketers for the recent increase in the price of Jet A1. We all buy dollars from the black market, though Federal Government, through the banks sell Dollars to investors at a relatively cheaper rate. But the unfortunate thing is that when you approach them, they collect your money and close up. The money may not be available to you even in the next three months. The industry we are in does not wait for anyone. We can’t wait for three months to do business. So, we have to approach the black market for dollars, which is at a very high rate when compared to what government sells. You can see that subsidy has been re-introduced to Premium Motor Spirit (PMS). It is because of the continuous free fall of naira” the source said.

Meanwhile, a management staff of the dwindling Aero warned that the high price of Jet A1 fuel may force more airlines to go under except the Federal Government urgently intervenes

Though he confirmed the price from N220 in January to between N240 and N265 per litre in February, he wondered why airlines should still be selling tickets for N18, 000 for one hour flight if they were not cutting corners

He argued that with the current situation, a ticket for one-hour flight cannot be lower than N40, 000, calling on the Nigerian Civil Aviation Authority (NCAA) to take a critical look into the operations of f some airlines to avert air accidents occasioned by lack of oversight.

According to him, “As at today, fuel is going for N240 to N250 in Lagos and higher in other airports like Kaduna, Sokoto and Port Harcourt. At those places, a liter sells for between N255 and N265 per. How much are we selling one-hour flight tickets to passengers? I learned some airlines are still selling tickets at N18, 000 to Abuja. I don’t know how they can break even. A ticket should not go for less than N40, 000 for an hour flight.”

Airlines, he said have been hamstrung by foreign exchange scarcity.

Speaking further, he said, “We can’t sustain the industry the way it is going. It is a very serious issue. The government just has to sit down with the operators and stakeholders to address most of these matters. But, it is as if we are joking with these issues.”