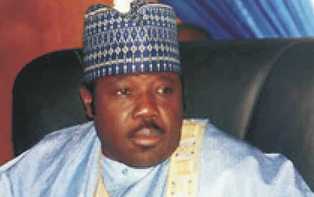 The Court of Appeal in Port Harcourt has affirmed the controversial factional chairman of the People Democratic Party(PDP)and former Governor of Bornu State, Ali Modu Sheriff as the authentic National Chairman of the Party.

The Appeal Court, who gave the ruling on Friday, upheld Justice Abang’s judgement.

What this means is that the court has finally nailed the coffin of the main opposition party and this may throw the embattle party into more crisis.

The three judges of the court in a unanimous decision agreed that the Senator Modu Sheriff is the chairman of the PDP.

Recalled that the feuding factions had said they would abide by the outcome of the appeal court verdict for peace to reign and the party to regain its lost positions.

A Federal High Court in Port Harcourt had last year given legitimacy to Makarfi as the chairman of the party, while another court of coordinate jurisdiction in Abuja, headed by Justice Okon Abang, had ruled that Sheriff was the PDP National Chairman.

Also recalled that both factions have been operating from different offices following the closure of the national headquarters of the party, at Wadata Plaza in Abuja.

Be the first to comment on "(Breaking News): Modu-Sheriff Is PDP’s Authentic National Chairman—-Appeal Court"