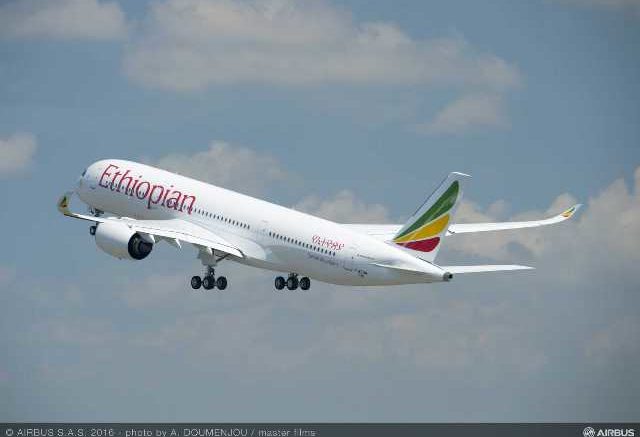 Africa’s largest airline group, Ethiopian Airlines, has been ranked 11th worldwide in-flight on-time performance for the month of January 2017, according to FlightStats, the leading provider of real-time global flight data to companies and individuals across the travel ecosystem.

Of the almost 8000 flights operated by the airline in January, 81 per cent  arrived within 15 minutes of the schedule arrival, adding that not only did Ethiopian rank 11th worldwide, but it ranked N1 for airlines based in the Middle East and Africa.

Group Chief Executive Officer, (CEO) Mr. Tewolde GebreMariam said, “The Entire Ethiopian Airlines family clearly understands the importance of flight punctuality to our valued customers and every one of us is working very hard to make sure that flights depart on time and arrive on time. Although there are quite many factors which affect the on-time departure of flights, we will continue to do whatever it takes to please our customers with the best flight punctuality in the industry. To this effect, we are very happy that we have outperformed the industry in the Middle East and Africa and stood number 11th in the world. I take this opportunity to congratulate my 12,000 coworkers for their achievement.”

“It is to the credit of the 12,000 committed men and women at the Ethiopian Airlines family that the airline is fast becoming a global winner” Tewolde added

Ethiopian Airlines received numerous accolades in 2016,as the airline was awarded “Best Airline Staff in Africa” by SkyTrax and “Airline of the Year” for the fifth year in a row by the African Airlines Association(AFRAA).

Ethiopian is fast becoming recognised worldwide for its service levels and employee dedication.

The airline is implementing a 15-year strategic plan, Vision 2025 that will see it become the leading Aviation Group in Africa, offering passengers international standard services and products with five-star service delivery.