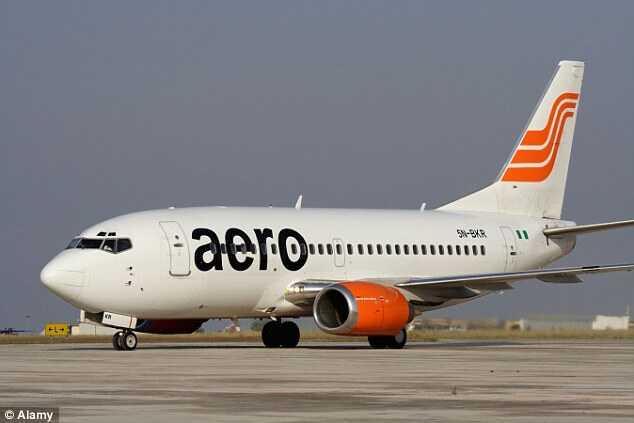 A former pilot of the liquidated Nigeria Airways Limited (NAL) and ex President of Aviation Round Table (ART), Capt Dele Ore, has queried  the appointment of the former Vice President, Flight Operations and Deputy Managing Director, Arik Air, Capt Ado Sanusi as the Managing Director of another dying airline; Aero by the Federal Government.

His appointment came barely 24 hours after he declared at press briefing that embattled Arik Air would challenge the takeover of the airline by Assets Management Corporation of Nigeria (AMCON)at the highest court in the country and that the airline would make its position known very soon through the entity’s spokesman.

Speaking at a media briefing, Sanusi had said, “Were were served a court order and it was a genuine court order appointing Oluseye Opasanya as the Receiver Manager. We will comply with the order and I want to make it clear that we have the right to challenge the court order and it is going to be a legal battle. We will challenge it to the highest court. We have agreed to run and operate the airline. We have also agreed that Arik’s operations must not paralyse. In the coming days we will make our stand known through our spokesman.”

His appointment has not only been raising dust in the aviation industry, but it has also brought about several posers as to the script, the former managing Director is acting.

His 360 degrees u turn, aviation stakeholders says also question his loyalty to Arik Air his employer in the first place and his capacity to fix Aero considering the fact that he was part of the management of Arik Air that placed the airline where it is at the moment.

Speaking further Ore said, “I am lost for words as to what inform the government to make Capt. Ado Sanusi to become Mr. quick-fix and messiah of Aero Contractor!”

He also said that whatever is happening to domestic airlines in the country was brought upon themselves involuntarily.

Ore’s comment is coming on the heels of the take over of Arik Air by AMCON on February 9, 2017 to save it from collapse.

He said this in a very brief online statement made available to select journalists today.

According to him, “What is playing out in our industry may be worrisome but definitely not unexpected. What is befalling our domestic carrier was brought upon themselves involuntarily.”

He argued that the game plan for successful operation should normally be settlement of legitimate bills as at when due.

He called on the Federal Government to expedite action on the final payment and rehabilitation workers of NAL workers, adding that the shoes of Nigeria Airways will continue to be too big for any airline be it flag or national carrier to step in.

In his words, “The shoes of Nigerian Airways will continue to be too big for anybody to step into until obnoxious policies are addressed, until ever so important issue of Maintain Repair and Overhaul (MRO) is resolved, expensive fuel made a thing of the past, security issues resolved and the reality of foreign exchange put to rest.”