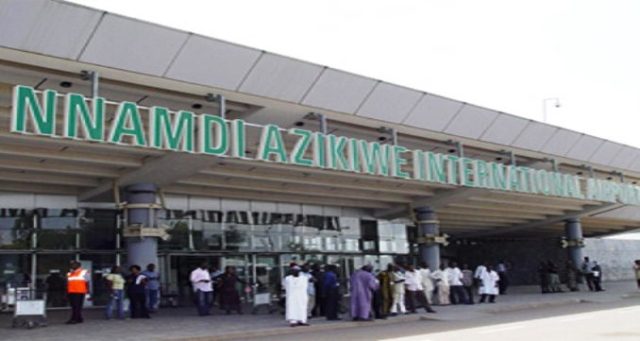 … SAA To Suspend Operations From March 6

There are strong indications that foreign airlines operating direct flights to the Nnamdi Azikiwe International Airport (NAIA), Abuja would not relocate their operations to Kaduna Airport when the runway is shut for six weeks to carry out to carry out extensive repairs.

When Abuja Airport is closed, Abuja-bound passengers will have to fly to Kaduna and travel by bus to the capital, guarded by security.

Sources close to some of the airlines told Abelnewsng.com that they have already informed the Minister of State for Aviation, Senator Hadi Sirika that they would be suspending operations to Abuja the moment it is shut for total rehabilitation.

This is just as British Airways said it would make its intention whether to operate to Kaduna or not known to the Federal Government today.

Abelnewsng.com also learnt that South African Airways has already written a letter to the Minister of State for Aviation, informing him that it would suspend flight operations to Abuja on March 6, two days before the closure of the airport.

Although, no reason has been given by foreign airlines for not wanting to fly into Kaduna Airport but sources close to one of the airlines said this may be as a result of the insecurity accessioned by the killing in Southern Kaduna.

Some of the international airlines that operate directly from their countries include British Airways, Lufthansa Airways, Ethiopian Airlines, South African Airways,  Turkish Airlines, Egypt Air, Air France and among  others.

The SAA letter written to the Minister was signed by the Acting Chief Commercial Officer, SAA, Mr. Aaron Munetsi.

“SAA commends the Nigerian authorities concerning the planned repairs of the NAIA runway. However, due to network and fleet operations planning, SAA regrets to advise that the airline will suspend its Abuja operations with effect from 6th March until the 18th April, 2017. The airline promised to be in constant touch with the Nigerian aviation authorities as the repair work progresses in order to establish its readiness for revised operations in accordance with the work schedule” The letter read in part.

Speaking on the matter, the Media Consultant to Lufthansa Airways, Mr. Hakeem Jimoh said that the airline would not operate to Kaduna as directed by the government.

The airline, he stated would continue to operate to Port Harcourt and Lagos, adding that it would only return to Abuja Airport when it is re-opened for flight operations by the Federal Government .

He further stated that the airline had already stopped the sales of Abuja Airport tickets for passengers intending to travel to the Federal Capital Territory (FCT) from March 8, 2017.

Jimoh explained that for passengers, who had already booked ahead, the airline would offer them “no fee booking option,” which would allow them to change their travel plans to Lagos and Port Harcourt Airports without collecting additional charges from them.

He however said that for those who still prefer Abuja Airport to any of the alternatives offered by the airline, the management would make refunds to them without any charges.

According to him, “There is no plan to operate to Kaduna Airport by the airline. We will soon suspend our operations to Abuja and return to the airport once it is re-opened for flight operations. We don’t have any codeshare arrangement with any Nigerian airline at least for now. For those who have already book ahead, we will give them alternatives, which is either Lagos or Port Harcourt that we still fly into in the country. We will offer them ‘no fee booking option,’ which is the industry standards and if any passenger still doesn’t want to fly with us, we will make full refund of their payments to them without any charges.”

Also, the Manager, West and Central African Republic, Mr. Kola Olayinka, said that the airline would make its intention known to the government today through a letter

A source close to the airline, however said that the airline may go along with other international airlines, who said they would not operate to Kaduna, when Kaduna Airport is closed.

Recalled that Abuja Airport runway, which was constructed in 1982, has not been overhauled for the past 34 years.

Be the first to comment on "Abuja Airport Closure: International Airlines To Shun Kaduna Airport"