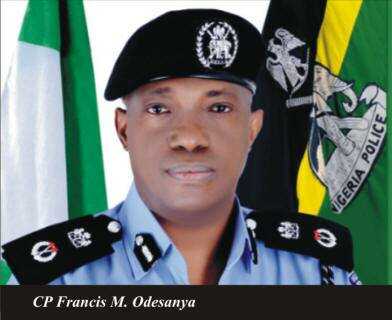 Odesanya died on January 31 in India where he had gone for medical check up.

The remains of the late police chief arrived on board an Emirates Airline aircraft at about 4.30pm.

It was received by the the Lagos State Commissioner of Police, Mr Fatai Owoseni, the Lagos Airport Police Commissioner, Mrs Victory Menta and the consignee,  Dr Adegboyega Oke.

Spokesman of the Lagos Airport Police Command, DSP Joseph Alabi, confirmed that the remains of the deceased was later deposited at the Lagos State University Teaching Hospital (LASUTH) , Ikeja.

The late Odesanya joined the Nigeria Police Force on Feb.2, 1986 as a Cadet Assistant Superintendent

He assumed office as the 37th Police Commissioner in the state on July 28, 2016, taking over from Deputy Inspector General of Police(DIG) Folunso Adebanjo.