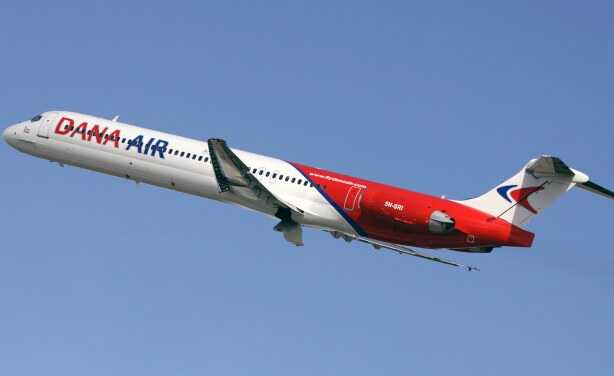 Dana Air has launched a valentine campaign, which will afford passengers of the airline the opportunity to fly for less when they book a return ticket on any of the airlines’ route network.

Speaking on the launch of Valentine fares, Dana Air’s Communications Manager, Kingsley Ezenwa, said, “From now till Valentine’s Day, our guests will get the best fares as low as 15,300 (one way) across all our sales channels when they book return tickets.’’

‘’Over 30,600 seats on all our routes have been opened for sale at these low fares and we believe this valentine promo, which we have unveiled as we countdown to the month of love, will not only be convenient for our teeming passengers, but it will encourage them to travel more and spend more time with family and friends” he said.

The new campaign, which according to the airline will encourage passengers to plan their trip, is available on the airlines’ website www.flydanaair.com, all points of sale and across the counters, adding that the validity for travel on this promo ends in February, while sale ends on February14.

The airline encouraged travelers to take advantage of the promo and book flights early enough, to avoid the rush that might occur towards the end of the offer.

Meanwhile, Dana Air has announced that it will increase frequency to the garden city of Port Harcourt from January 30, 2017, adding that the first flight from Lagos to Port Harcourt will leave at the usual 7.02am while the second flight is at 11.07am with return schedule at 12.42pm and 5.55pm respectively on Mondays to Fridays.

Dana Air recently entered into an airline partnership with the Imo State Government to promote business activities in the state and drive tourism.

Valentine’s Day, also called Saint Valentine’s Day or the Feast of Saint Valentine, is an annual holiday celebrated on February 14 every year. It originated as a Western Christian liturgical feast day honouring one or more early saints named Valentinus and is recognised as a significant cultural and commercial celebration in many regions around the world, although it is not a public holiday in any country.