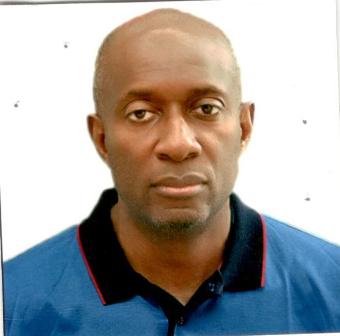 Airline Operators of Nigeria (AON) has re-elected the Chief Executive Officer of Jedidiah Air Limited, Capt Nogie Meggison as the Chairman of the airline body in the election held to elect new Executive Council to pilot the activities of the association for the next two years.

Also elected into the new Exco are: Alhaji Abdulmunaf Yunusa Sarina, Chairman of Azman Airlines, who was unanimously elected as Vice Chairman, while the Director of Flight Operations, First Nation Airways, Capt. Chimara Imediegwu was returned as the Financial Controller of the association.

The election was conducted during its 2016 Annual General Meeting held on January 11, 2017 at its Secretariat in Lagos.

The new Exco, according to Meggison is expected to forge greater and robust advocacy for and on behalf of the association, continuously engage government constructively on critical operational and industry issues as well as drive unity and oneness among member airlines in an effort to promote their individual and collective interests. Delivering his report of stewardship shortly after his re-election, Meggison said, “In the last few years, AON has made rapid progress by speaking with one voice. Our Strength is in our number and staying together, as we have grown to be a strong force that we should be in the aviation sector. I would therefore like to appreciate you all for giving me the mandate to lead in the last three years and I thank you all for the support you have given to me during this time.”

During the current Chairman’s first term in office, AON was able to make a number of milestone and unprecedented achievements.

These include successfully engaging government and getting the implementation of zero duty on aircraft and spare parts, securing forex allocation and getting aviation on the priority list, a functional Secretariat and Board Room, better and more cordial engagement with the Minister of State on Aviation, Senator Hadi Sirika on quarterly basis, a functional website as well as more respect and interaction with labour unions among others.

Meanwhile, the Chairman of AON has commended the Federal Government and the Minister of State for Aviation, Senator Hadi Sirika, for appointing two of its members to serve as Chief Executive Officers of two very important parastatals. They are Capt. Fola Akinkuotu for the Nigerian Airspace Management Agency (NAMA) and Mr. Akin Olateru as Commissioner of the Accident Investigation Bureau (AIB).

Meggison noted that the appointments were quite encouraging and a display of government’s confidence in the ability and experience of these fine gentlemen to take the agencies to greater heights.

“I would like to also use this opportunity to congratulate two of our members that were recently appointed by the Federal Government to head two of the aviation parastatals. We congratulate them and wish them the very best,” he remarked.

In his acceptance speech, as the re-elected Chairman of AON, Meggison said, “It has been a privilege serving AON and I am very grateful for your support. I would like to use this opportunity to thank all the airlines that have been very active in facilitating our work at the Secretariat. May God Almighty continue to reward you all for your sacrifice.”

He continued, “I thank you all for coming and for making it a date with history today as we all continue to resolve to work together as a team in an effort to getting our voices heard and our desires met always so that our businesses can thrive, albeit in a tough economic time and a harsh business environment.”