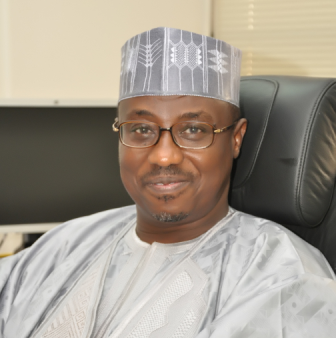 The Nigerian National Petroleum Corporation (NNPC) has attributed the scarcity of aviation fuel also known as Jet-A1 to the inability of airlines in the country to pay for the product due to the introduction of a cash-and-carry policy by marketers.

Recalled that the marketers decided to introduce cash-and-carry policy for the purchase of the product following the huge debts owed them by airlines, which runs into several millions of naira.

The NNPC Group Managing Director, Dr Maikanti Baru, made the clarification during a visit by the management of the Nigerian Television Authority (NTA).

Baru was reacting to the alleged scarcity of Aviation Turbine Kerosene (ATK), which is purportedly responsible for the hardship being experienced in the aviation sector.

Baru clarified that NNPC had taken steps to ensure adequate supply of the product with the importation of over 45 million litres, adding that the challenge had more to do with the inability of airlines to pay for the product upon the introduction of a cash-and-carry policy by marketers on account of the huge amount they were being owed by the airlines.

The NNPC boss expressed its commitment to carry on with its twin gas projects, Brass LNG and OK LNG, adding that two projects were high priority gas ventures which promise to boost revenue to the Federal Government.

Baru, said monetisation of natural gas was a cardinal mandate of the Corporation.

According to him, “We are still committed, as NNPC, to monetizing our natural gas. We have the Nigerian Liquefied Natural Gas (NLNG) which is at the moment monetizing about four billion standard cubic feet of gas on a daily basis (4 billion scf/d). We also have plans for Olokola LNG as well as Brass LNG.”

“We have a little challenge with market windows for these projects which we are reviewing on a monthly basis. Once the appropriate market window opens up, we will quickly get more shareholders to join us for the projects” Baru explain ed.

He said a meeting of Brass LNG stakeholders has been scheduled for early next year to see the way forward for the project.

The GMD further disclosed that apart from the LNG projects, NNPC was also working on gas monetization through aggressive enhancement of domestic gas supply for power generation and industrial use.

He also lauded the management of NTA for its factual reportage of the corporation’s activities.

He urged the NTA to help in enlightening the public on the dangers of pipeline vandalism whose long-term impact on the environment far outweigh whatever short-term gain the perpetrators may be seeking.

Speaking earlier, the DG of NTA, Malam Yakubu Ibn Mohammed, stated that the visit was a continuation of the authority’s resolve to liaise constantly with other government agencies they collaborate with regularly and with whom they share the objective of furthering the interest of the country.

According to the DG, “The NNPC and NTA have come a long way. Our relationship has continued to wax stronger and stronger and it is my desire to ensure that during my stint as DG of NTA we take this relationship to a greater height.”

He said that collaboration with a strategic agency like the NNPC was important for NTA in its task of enlightening the public on efforts being made by government to pull the nation out of recession.