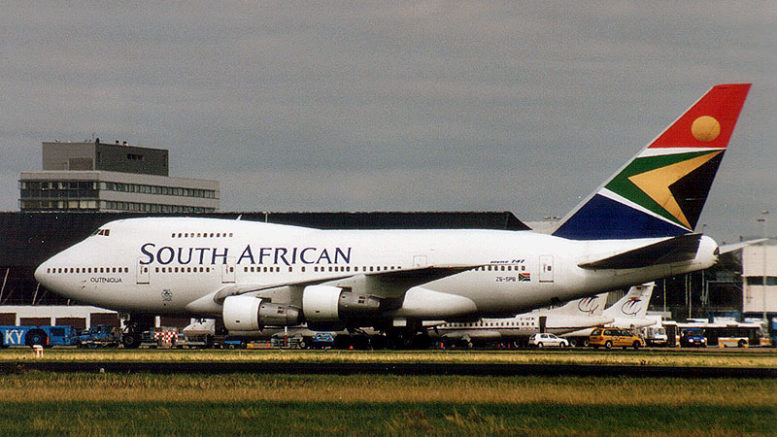 In the spirit of the festive season, South African Airways has demonstrated unusual Corporate Social Responsibility (CSR) by bringing smiles to the faces of more than 70 Arrows of God Orphanage kids in Lagos.

South African Airways treated the Arrows of God Orphanage kids to an exclusive movie viewing at the Silverbird Cinemas in Lagos in addition to loads of gifts for each kid and the entire orphanage.

The orphanage kids watched and enjoyed exclusively, 2016 Walt Disney blockbuster animated adventure movie, ‘Moana’ – a story about a spirited teenager who sails out on a mission to prove herself a master wayfinder and fulfil her ancestors’ unfinished quest. During her journey, Moana meets the once mighty demi-god Maui, and together they traverse the open ocean on an action-packed voyage encountering enormous fiery creatures and impossible odds.

The kids enjoyed the movie in company of assorted snacks and drinks provided by South African Airways.

Earlier, as the kids arrived the Silverbird Galleria, Head of Sales and Marketing at South African Airways, Kemi Leke-Bamtefa, alongside other colleagues presented the kids with a model of the new SAA A330-300 aircraft recently launched on the Lagos-Johannesburg route.

Speaking while handing over the model aircrafts to the kids, Kemi said, “We love Nigeria and we love all of you at Arrows of God Orphanage. Take this model of the new aircraft we recently introduced to Nigeria and keep all hopes alive for a prosperous future,”

The kids, who were visibly happy with the South African Airways gesture sang lots of Christmas songs and wishes the South Africa national carrier more prosperous years ahead.

At the end of the movie viewing, SAA presented the orphanage with many foodstuff items including a specially designed cake.

A representative from the Arrows of God Orphanage, Mrs Jessica Otu, commended the airline for continuously putting smiles on the faces of the kids of the orphanage.

“From all of us at Arrows of God Orphanage, we want to say a big thank you to South African Airways who have made it an annual priority to always make us smile,” Otu explained.

Recall that SAA in mid-December, 2016 introduced a brand new A330-300 aircraft to service the Lagos-Johannesburg route cementing the airline’s commitment to the Nigerian market as well as providing Nigerian travellers with excellent travel experience