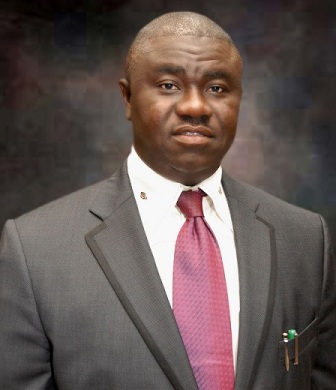 Serene communities in Uzanu, Etsako East Local Government of Edo State will come alive on December 26, 2016 as they honour a former Commissioner of Environment and Public Utilities, Prince Clem Agba for his immense contributions.

Agba is an illustrious indigene of Uzanu, of the Uneme speaking communities in Edo State.

He served as Commissioner for Environment and Public Utilities in the Adams Oshiomhole led administration for eight years and also doubled as the Chairman, Edo State Tenders Board.

The umbrella body of Uneme communities said he deserves the planned reception because of his sterling performance while in office.

President of Uneme National Development Association (UNDA), Mr. Bayo Akhigbe at a briefing in Lagos, stated that the former commissioner was an epitome of modern public servant.

Akhigbe told journalists that UNDA is honouring Agba for his immense contributions to the Oshiomhole administration.

According to him, “The entire communities in the Uneme nation will not forget the developmental strides he drew to various towns and villages.

Agba, he stated made enormous sacrifice to promote the good of Uneme nation, when he left his job to join the Edo State.

In his words, “The voices and desire of the Uneme nation was tremendously accelerated by drawing the needed government attention to the communities during the past administration because an illustrious Son of Uneme was a key driver of the Oshiomhole administration. We have seen public office holders at different levels of government who upon assuming office shut the doors in the face of the people they represent, and rather than emancipate their constituents from the shackles of poverty and under- development, they further pauperised them.

He continued, “But in this case Uneme-land witnessed a glorious era of unparalleled development in physical infrastructure in place like Anegbette, Udochi, Uzanu as well all the Uneme communities in Edo North.”

Be the first to comment on "Edo Communities To Honour Fmr Commissioner, Agba"