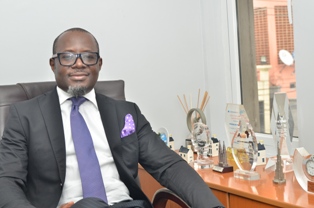 The National President, National Association of Nigeria Travel Agencies(NANTA), Mr Bankole Bernard has urged the Federal Government to always consult stakeholders in both the travel and tourism sectors  to resolve issues  instead of using political  means .

The NANTA boss, who stated this in his welcome address at the association’s Eminent Persons Award Ceremony yesterday at the Sheraton Hotel, Lagos, added that issues affecting the industries were better resolved to the benefit of the country, when players in these sectors are carried along and consulted.

According to him, “Government must consult the people ,the practitioners, investors and show more restraint in apply the political and rod over issues that can best be sorted out to the advantage the economy and our teeming population . Let us learn to keep our baby and throw away the bath water away instead.”

Bernard said that there vis no doubt that Nigeria is a great nation ,boasting of profound minds and highly intelligent people , adding that like the Jews and Germans , the country rose from ashes of civil war to prosperity and great achievement in science and technology.

He added that Nigerians no doubt are highly sought after in other climes to fix their economies and re-engineer their future wellbeing but that unfortunately, the narrative on how we as a nation has treated Nigeria best remain a mystery and a huge spiritual disconnect to Nigerian quest to sustain some sense of collective appreciation to the efforts of those, who volunteered or risked their life and reputation in the service of the father land

However, Bernard stated that NANTA has decided to do things differently by enthroning legacy recognition and celebrating those who despite the several challenges in their respect industries have done the sectors and the country as a whole proud

Today, we at NANTA have decided to change the ugly conversation and choose to enthrone legacy recognition and celebration of our people who despite all odds still remain faithful to Nigeria’s greatness. Under my presidency NNANTA will progressively profile the seeming silent achievers in our travel and tourism sector and in so doing, create a verifiable pool of great minds and achievers that would occupy our travel industry space.”

The portraits of the celebrants at this event, he stated would occupy a hall of fame in NANTA’ office and that it would be unveiled very soon.

He explained that the NANTA Eminent Persons Award, which the association respectively dedicated to honour the Managing Director of Medview Airline, Alhaji Muneer Bankole and others equally deserving the association’s appreciation and honour, provides the template that must guide the body and Nigeria as nation as they try to resurrect the economy from recession.

In his word, “we assure all present here that our travel and tourism legacy award project will sustain and underpin excellence, reward dedication ,personal sacrifice and engender sustainable best practices and ideas sharing between government and private sector to the benefit and growth of travel and industry .”

Also speaking , the Mother of the Day, Mrs Akande praised the efforts of Medview Airline, adding that despite the several challenges affecting the aviation industry the airline was still waxing stronger, adding that the award given to Bankole was well deserved

“Today, the airline is getting stronger and stronger. I have flown the airline from Lagos –to Abuja severally and I know what I am saying. We should always celebrate our indigenous entrepreneur. They are the one who create jobs in the country. We should ensure that they prosper”  Akande said.

The LCCI boss congratulated NANTA for organising this memorable event.

Speaking shortly after receiving NANTA’s Eminent Persons of the Year Award, Bankole, commended the organiser of the award for honouring him.

He told the gathering that with commitment and had work that the dream land was certain.

He appealed to the Minister of   State, Aviation; Senator Hadi Sirika to assist domestic airlines by waiving outstanding charges owed the agencies.

Also speaking, Otunba Runsewe ,who wa represented by Alhaji Nasir  like Bankole commended NANTA for recognising the former NTDC boss and for also making it a point of duty to appreciate those who have contributed to both travel and tourism sector in their own little way.

He dedicated the award to the growth of the tourism industry.

On his part, Folarin-Coker stated that he was grateful to the association for the award, adding that he never expected anybody to give him any award.

He also commended the civil servant who worked with him for their when he was in charge, adding that their contributions brought about this award.

Coker called on both state and the Federal Government to take tourism very serious in view of the potential in the sector.

Be the first to comment on "NANTA Urges FG To Consult Stakeholders To Resolve Travel, Tourism Issues"