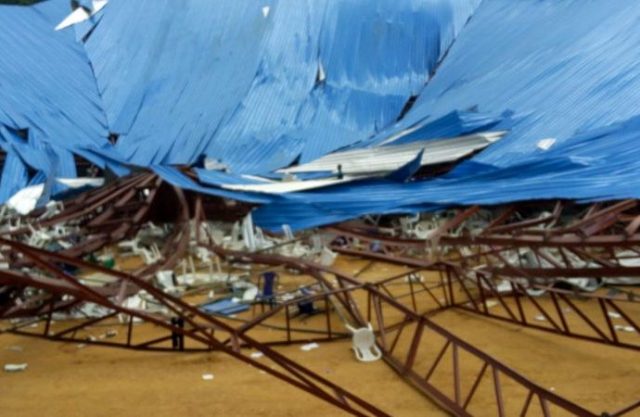 A church building belonging to The Reigners Bible Church in Uyo, Akwa Ibom State which was filled to capacity for consecration has collapsed killing about 50 worshippers.

The church which is located on the Uyo Village Road according to eyewitnesses was consecrating the pastor of the Church Pastor Akan Week as Bishop when the building suddenly collapsed.

One of the regular worshipers stated that the number of worshipers in the church before it collapsed was unprecedented because today was a special day. The eyewitness added that there was no sign that it was going to collapse, adding that the Governor of the state, Governor Udom Emmanuel was also invited to grace the  consecration event.

The eyewitness further stated that though no one can give accurate number of people that died but that the figure could be close to 50.

Meanwhile, some of the people that have been confirmed dead have been taken to the morgue  and while the injured were taken to the nearest hospitals for urgent medical attention as a result of the serious injuries sustained.

Be the first to comment on "Reigners Bible Church Building In Uyo Collapses, Close To 50 Killed"