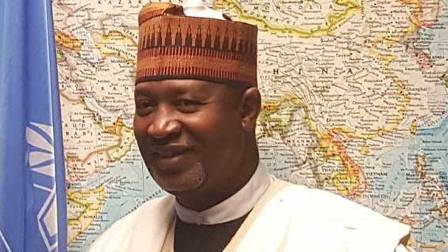 …As Impending Exercise Makes Staff Of Other Agencies Uncomfortable

Barely two months after ‘right placement’ exercise carried out in the Federal Airports Authority of Nigeria (FAAN),with some names allegedly smuggled out of the original compilation to spare them from the Tsunami, the Minister of State for Aviation, Senator  Hadi Sirika has called for a comprehensive lists.

The October exercise had jolted staff of the agency and sent shivers down the spines of staff of other aviation agencies.

Abelnewsng.com learnt that the Minister demanded for the list is coming on the heels of insinuations making the round in the industry some allegedly corrupt and highly connected management staff of FAAN  have removed some names, which includes that of their friends and those loyal to them from the list.

A comprehensive list that was made available to the online platform by highly dependable Ministry of Aviation source revealed that there were about 60 names in FAAN alone, that were either recommended for demotion or to be fired Outrightly as at 2015.

Surprisingly, ‘the right placement’ exercise personnel surgery that was enforced in October 2016, only affected 22 middle and senior staff in FAAN, while others disappeared from the list mysteriously.

Abelnesng.com learnt from the Ministry source that the outcry and agitation aviation unions necessitated the Minister to demand for a comprehensive list.

According to the source, “Some of those affected by the exercise and even the industry unions have complained about the way and manner the exercise was carried out. They believed that some names were removed from the original list by some top people in the agency. The initial list of the committee was more comprehensive than what was carried out. There is an allegation against a female director in the agency who they claimed used her position to influence the original list. Rather than demote some workers as stipulated, the list was manipulated while some workers were immediately transferred out of Lagos by the management so that they won’t be affected by the purge.”

“Apart from this, some of the recommendation on the demotion of staff to appropriate Grade Level was not followed. For instance, someone in the Administrative Department (names withheld) who was recommended to be demoted to GL 14 from GL16 was demoted to GL15. In fact, the person in question cannot write an ordinary memo” the source claimed.

Abelnewsng.com checks revealed that already accusing fingers are allegedly been  pointed towards a very powerful director in FAAN, who they also alleged is lobbying to become the managing director of FAAN  in the event the current Managing Director of the agency, Engr . Saleh Dunoma, is removed by the Federal Government.

Meanwhile, despite the fact that the right placement exercise has not started at the Nigerian Airspace Management Agency (NAMA), the 29 names recommended for demotion or sack are having sleepless nights over the matter.

Only recently, one of the aviation unions: the National Union of Air Transport Employees (NUATE) had submitted 29 names from NAMA to Sirika, which the union alleged were employed through the back door and given high positions above their qualifications since 2012.

Sirika had stated at one of the stakeholders’ meetings that ‘the proper placement’ exercise that started in FAAN would be carried out in other aviation agencies and that it would be in phases.

Contacted, the Deputy Director of Press, Ministry of Aviation, Mr James Odaudu said, “I will confirm and revert but at the moment I don’t have any information on that. Of course, it will be foolhardy for anybody to tamper with the work and report of the Committee that handled the issue. One thing I know is that the Minister would never take kindly to any attempt to undermine or sabotage the efforts of the government to re-organise the agencies for efficiency and effectiveness.”