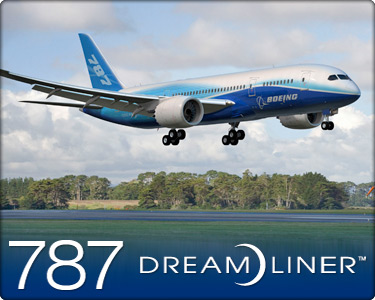 …Airplane Is 50th Dreamliner For AerCap,

Boeing and AerCap, a global leader in aircraft leasing, celebrated the delivery of the first 787 aircraft  to Air France.

The airplane, a 787-9, signifies the delivery of AerCap’s 50th Dreamliner and will be deployed on Air France’s Paris to Cairo route starting in January.

The airplane is also the 500th 787 produced on Boeing’s production lines.

According to the Chief Executive Officer, Air France-KLM, Jean-Marc Janaillac, “It is with great pride and honor that Air France is taking delivery of its first Boeing 787, the 9th for Air France-KLM. Air France’s first e-enabled aircraft, the Dreamliner, marks a new stage in the modernization of our fleet. It will offer customers the best of Air France’s products and services.”

On his part, the Chief Executive Officer, AerCap, Aengus Kelly “We are delighted to be a part of this significant milestone for both Air France and Boeing. AerCap is the world’s largest lessor of the Boeing 787 Dreamliner aircraft, with over 80 aircraft owned and on order. We wish our friends and partners at Boeing and Air France continued success.”

The Air France-KLM Group has ordered a total of 18 787-9s and seven 787-10s, with an additional 12 787-9s leased through AerCap. The arrival of Air France’s first 787-9 in Paris today is part of the carrier’s continued renewal of its long-haul fleet.

Also speaking, the Boeing Vice Chairman, Ray Conner said, “We’re proud that Air France will be flying this milestone airplane, which shows they are an industry leader in customer service and passenger innovation. We also congratulate AerCap on its milestone 50th 787 and appreciate their continued confidence in the Dreamliner.”

The 787-9 leverages the visionary design of the 787-8, offering passenger-pleasing features such as the industry’s largest windows, large overhead bins with room for everyone’s bag, modern LED lighting, air that is cleaner, more humid and at a higher pressure for greater comfort and technology that senses and counters turbulence for a smoother ride.

Be the first to comment on "Boeing, AerCap Celebrate Delivery Of Air France’s First 787 Aircraft"