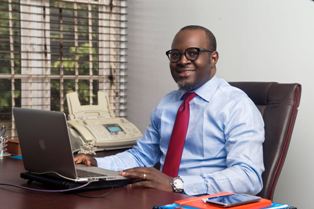 Over the past couple of months, there have been arguments and counter-arguments about the sense in concessioning Nigeria’s prime international airports in Lagos, Kano, Abuja and Port Harcourt.

Minister of State, Aviation, Senator Hadi Sirika, has been very emphatic on how resolute the government of the day is about going through with the process. He has assured that the facilities would remain properties of the federal government and that the institution of infrastructure and service delivery measuring with best international practices, motivated the idea to concession.

Sirika, again reiterated the conviction of government that this is the way to go and explained that misgivings about the exercise was borne out of misconception that concession is synonymous with privatisation and loss of job. Fears which he has promised would never come to pass.

Of course, labour unions in the sector are at the head of agitations are against the initiative. Aside from concerns over the possible loss of jobs, members of the Air Transport Services Senior Staff Association of Nigeria (ATSSSAN), the National Union of Air Transport Employees (NUATE) and the National Union of Pensioners (NUP) also worry about stripping the nation of its most precious assets. They argue that the facilities earmarked for concession remain the most viable ones upon which the sustenance of the 17 other airports have depended and described government’s insistence as comparable to economic terrorism.

As one who has actively played in this industry for all of the last decade, I have looked at the two sides of this matter and would suggest that both parties come together in the interest of the nation.

It is an understatement to say that the aviation industry is currently at its lowest ebb and that a lot of the handicaps that we suffer revolve around the ineffective ways in which we have managed our affairs over the years.

As the Minister has argued on a number of occasions, the state of infrastructure at all our airports leave so much to be desired. As a matter of fact, it is a shame that a country with the capacity to do between 70 to 100 million passengers annually is still scratching the surface of its enormous potential and concession is the only way to guarantee full potential in the aviation industry.

And without any doubt, one of the limiting factors for the Nigeria aviation industry is the state of infrastructure. The Murtala Muhammed International Airport (MMIA),Lagos, which to every purpose is the foremost facility in the country, tells the story of the rot that has visited the sector. The chaos at the departure and arrival lounges, the heat which slaps people in the face, the nightmare that passengers encounter in checking-in and reclaiming baggage typify the inefficiency of the system.

This is not to speak about the abominable level of service delivery.  Staffs of our agencies are not just unprofessional; they are unfriendly and sometimes supplicatory. It is not a sight that a country desirous of the respect of the rest of the world should have at its airport.

It even gets worse. Within this year alone, we have had many episodes of power outage at the MMIA. These outages were not just a matter of a few minutes; they lasted for hours such that passengers had to beam light to government agents from their phones for the execution of duties like stamping passports and what have you! I do not imagine anything could be some shameful.

This is not to talk about the safety and convenience of operation at our airports. As busy as the Lagos airport is, there are just two runways, none of which is at an immaculate state at any time.  Two months back or so, South African Airways had its operation interrupted for days! Why? For no other reason other than the damage the operating aircraft into Abuja suffered during landing. The aircraft was grounded in Abuja for a number of days before the fault was rectified. This state of affairs, in addition to other issues relating to the awkwardness surrounding doing business in Nigeria, account for the decision of some airlines to reduce their exposure by outright withdrawal of services or reduction in the frequency of flights into Nigeria.

The question that then comes to mind in all of this is how it is impossible for the Federal Airports Authority of Nigeria (FAAN), to decently maintain its facilities when Nigeria has the highest number of passengers on the West African coast, earning a sum of fifty ($50) dollars on each of the thousands of international and regional tickets sold daily.

The answer, to my mind, is the same you will find to the rundown state of a lot of publicly owned institutions in Nigeria. Aviation is a big business, one, which if well managed, is able to sustain itself without looking up to government for subventions or any other form of monetary upkeep. This is what you find in functioning airports all of over the world. This is why the Dubai International Airport, which is managed by a British concern, has top notch security, effective systems and procedures as well as well trained, efficient and courteous staff, who do not transfer personal frustrations on innocent and paying passengers. This is the reasons why airports like Heathrow, Schiphol and most others in the world have multiple runway facilities and do not irritate passengers with foul-smelling toilet facilities.

As a result of the foregoing, I wholeheartedly vote for taking the daily running of our airport facilities out of the hands of overfed, over-indulged and complacent government appointees who are short in vision and lost about how to put Nigeria on the global map of best practices.

But in doing that, this administration must make the process transparent, even-handed and devoid of suspicions. We must revisit all past agreements that might encumber the innovations of would-be concessionaires and introduce water-tight contracts that do not short-change Nigeria even as we consider fairness to our partners.

Most importantly, we must ensure that no agreement jeopardises the employment of Nigerians. In actual fact, we should be deliberate about creating thousands of employment opportunities and the development of the other airports scattered around Nigeria.  It hurts each time one sees parties dispute over issues that are resolvable to the mutual benefit of all, especially when the status quo brings loses to all parties. The aviation industry in Nigeria is the gateway to that so much desired diversification that our government is talking about and I daresay nothing, like a well-meaning revolution as this concessionary attempt will take us to that Promised Land.

Bernard, who is President of the National Association of Nigerian Travel Agents (NANTA) wrote in from Lagos.

Be the first to comment on "Nigerian Airports: To Concession Or Not?"