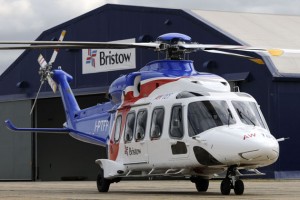 … We Have Also Reduced Number Of Expatriate Pilots, Engrs. In Nigeria—Bristow

The National Association of Aircraft Pilots and Engineers, (NAAPE) has grounded the operations of Bristow Helicopters in Nigeria.

The National President of the association Engr. Balami Isaac, who confirmed the closure of the rotary wing giant, said that, “Their operations are currently grounded and nothing will be happening there today”.

A letter addressed to the State Controller of Labour, Lagos, Federal Ministry of Labour and Employment, Lagos State Office and signed by the association General Secretary, Ocheme Aba, stated that said it closed down the Bristow Helicopters for allegedly not complying Expatriate Quota Law and Nigerian Oil and Gas Industry Content Development.

NAAPE added that Bristow‘s declaration of 13 Nigerian engineers and 10 pilots redundant is totally unjustifiable because the current Nigerian expatriate ration is grossly in contravention of Nigeria Laws governing quota and local content.

NAAPE stated that the redundancy exercise in contention was Bristow’s management angry reaction to the association’s successful struggle to establish pay parity between the expatriate and nationals, adding that the exercise is targeted at victimising the branch for its roles in the union’s activities that brought about the pay parity.

NAAPE further stated that efforts by the unions to dissuade Bristow from carrying out its unlawful act failed, adding that instead the management went ahead to effect the redundancy on September 30, 2016, despite the fact that negotiation on the redundancy benefits was ongoing.

Bristow Helicopters in a statement said that NAAPE has called on its members within Bristow to embark on an industrial action at Lagos, Port Harcourt and Eket.

Bristow added that the action relates to a dispute between Bristow and NAAPE about the release of national pilots and engineers previously employed by Bristow, adding that this matter is currently the subject of a mediation led by the Federal Ministry of Labour between NAAPE and Bristow. In disregard of the ongoing mediation process, NAAPE has decided to commence this action.

According to Bristow, “This action is coming at a time when the global oil and gas industry is facing severe challenges and the Nigerian economy is undergoing serious disruptions with a number of clients reducing aviation logistics support services in the country. As a result of our clients’ reduced operations and demand for aviation services, Bristow has reduced the number of its workforce. It has reduced the number of its expatriate pilots and engineers in Nigeria. “

It continued, “We have also reached an amicable agreement with the National Union of Air Transport Employees (NUATE) and the Air Transport Services Senior Staff Association (ATSSSAN) representing our junior and senior staff. Over the downturn in the industry (12-18months), Bristow has released 118 expatriates (pilots and engineers) and 21 Nigerian nationals (pilots and engineers).”

Bristow stated that it had held several meetings with NAAPE and the Ministry of Labour to reach an agreement on the subject matter of the mediation and  that proposals have been put to NAAPE for their consideration.

“Our focus remains on providing a safe and efficient service in Nigeria and we are committed to continuing open discussions with all stakeholders to reach an agreement through productive dialogue and feedback”Bristow assured.