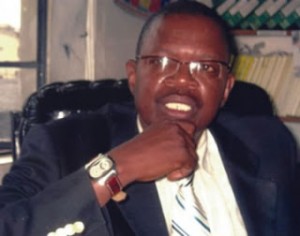 President Muhammadu Buhari has received with shock the news about the death of human rights lawyer, Fred Agbaje on Saturday, November 26, 2016

He was said to have died in London after battling with an undisclosed ailment.

The President expressed his shock about the human rights lawyer in a statement by the President’s spokesman, Mr. Femi Adesina,

In the statement, he described the late Agbaje as an erudite human rights lawyer.

He commiserated with the family, friends and professional colleagues of the departed, further describing him as “an ardent advocate against corruption and canvasser for internal democracy in political parties, who also believed strongly in the sanctity of the ballot box.

The President lauded the fearlessness of the late lawyer in calling for the cleansing of bad eggs in the judiciary and standing up for his beliefs, as he fought for the rights of the less-privileged in the society.

He prayed God Almighty to console the Agbaje family and all those,

Recalled that he was shortlisted as one of the provisional lawyers appointed for the rank of the Senior Advocate of Nigeria (SAN) but was not given to him.

A friend of the media and has also been a legal counsel to the Nigerian Union of Journalists (NUJ), Lagos council.

Be the first to comment on "President Buhari Mourns Human Activist, Fred Agbaje"