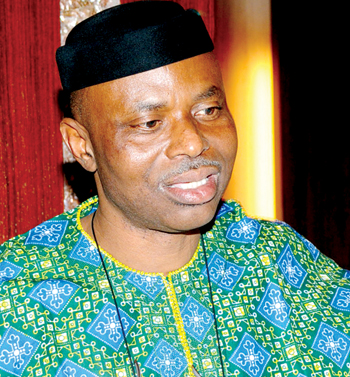 Less than 24 hours to the much anticipated Ondo gubernatorial election, violence has erupted in Owo with two people killed.

The violence us coming just as one of the leading political party;PDP in the election called for on the Independent National Electoral Commission(INEC)to postponement of the election .

An eye witness, who spoke to abelnewsng.com on phone, said that the violence that erupted in the ancient town has claimed two lives.

He added that already a  combined team of security men have been drafted to the scene of the incident to restore peace.

The killing of two yet to be identified persons is coming barely few hours after Mr Afolabi Olaposi, a chieftain of the  All Progressives Congress (APC) in Owo, Ondo State, was killed by unknown gunmen on Thursday night in Owo.

APC in a statement signed by the Publicity Secretary, Mr Abayomi Adesanya, today; Friday in Akure said that Olaposi was shot dead on his way home after attending a meeting of the party in preparation for the governorship election.

According to him, “Olaposi, who is one of the leaders of our party in Igboroko Ward 1, Owo, was also an ardent supporter of our Governorship Candidate, Mr Rotimi Akeredolu (SAN). He was a perfect gentleman who was committed to the development of the party in Owo and Ondo State in general. The assailant also went to the house of Chief Jamiu Ekungba, an APC aspirant in the Sept. 3 Primary, and vandalised seven vehicles in his compound. “Ekungba was not to at home during the attack.

He continued, “We believe those calling for the postponement of the election and threatening a repeat of 1983 violence were behind these dastardly acts. We call on security agents in the state to fish out those behind these acts and ensure the protection of our people before, during and after the election,’’

Vanguard newspapers stated that the spokesperson for Ondo State Police Command, DSP Femi Joseph in a telephone interview, said, “ I don’t have the details of the incident now, but the Deputy Inspector General (DIG) in charge of the election will speak about it later’’.

Be the first to comment on "(Breaking News)Violence Erupts In Owo, Claims 2 lives"