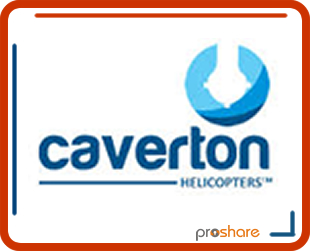 …NUATE Kicks, May Shut Down Embattled Company This Week

…Coy Closed Down In July For Alleged Disparity In Salaries Between Expatriates And Nigerian Pilots, Engineers.

Barring any last minute intervention or recall, about 150 workers on the pay roll of Caverton Helicopters may celebrate bleak Christmas following the issuance of sack letters to them by the embattled rotary wing airline signaling the end.

Abelnewsng.com gathered that the company is bent on sacking the non technical staff of the airline it feels are not essential to its operations and as a result had started issuing the affected workers their letters.

The rotary wing airline attributed the reason for the sack of these workers to what it termed redundancy, a situation that has drawn the attention of one of the industry unions; the National Union of Air Transport Employees (NUATE).

Meanwhile, NUATE has vowed to close down the Caverton Helicopters, alleging that airline had breached the agreement as it concerns Condition of Service (CoS) reached with the union before issuing sack letters to the affected workers.

The sack of the 150 workers was contained in a letter to the General Secretary of NUATE, Comrade Olayinka Abioye, dated October 28, 2016 and signed by the Industrial Relations Manager of Caverton, Mr. Segun Alebiosu.

In the letter, Caverton management argued that its action was in line with the Section 20 of the Nigeria Labour Act, adding that it took the step having reviewed the operational exigency and the current economic condition in Nigeria.

“This will affect a total of 150 staff across all cadres inclusive of members of your union. Some operational levels within the organisation have been approved to be outsourced. The following are the offers to the affected staff: Accrued salary up to the effective staff; One month salary in lieu of notice and Contributory Pension up to the last full month. We look forward to conclude this by 10th November, 2016 as the company will not be able to accommodate the overhead there from. You have the assurance of the board and management of Caverton Helicopters that all affected staff shall be given first option of refusal when and if there is operational demand for the position vacated” Alebiosu letter reads in part.

Reacting to the sack, he General Secretary of the union, Comrade Olayinka Abioye accused Caverton management of showing respect for the feelings, sensitivities and sentiments of its entire employees.

The union argued that company instead of paying the sacked workers the approved severance  benefits, the airline only paid them one month salary in lieu of notice despite  the fact most of the workers ,whose appointment were terminated  have worked for over 10 years  with Caverton.

Abioye, response is contained in a letter date November  3,2016 , in which he copied the Federal Ministry of Labour, Commissioner of Police, State Secretary of the Nigeria Labour Congress (NLC) and other state branches of the union,

The union also accused the management of Caverton of violating the industrial harmony within the airline, warning that this may lead to industrial crisis in the airline company.

The union demanded that Caverton return to the negotiating table to conclude issues of salary review and CoS as agreed in 2015.

NUATE also demanded in the letter that its branch Chairman should be re-instated to his earlier elevated position as protocol officer.

Other demands contained in NUATE’s letter are: that Caverton should withdraw any or all redundancy letters issued to its members in contravention of Section 20 of the Labour Act.

The union also stated in the letter that upon conclusion and signing off of the CoF, the airline’s management shall re-submit unions of its planned staff reduction, whereby proposals of benefits shall there on be exchanged for negotiations.

Abelnewsng.com recalled that in July 13, 2016, the National Association of Aircraft Pilots and Engineers (NAAPE) shut down the operations of Caverton Helicopters to protest against the alleged disparity in salaries between expatriates and Nigerian pilots and engineers.

The one day warning strike by NAAPE affected the company’s offices in Shell, NAF Base in Port Harcourt, Warri and Lagos.

Speaking to Aviation correspondents at the Murtala Muhammed Airport (MMA), Lagos, the General Secretary of NAAPE, Ocheme Aba, had stated that that Caverton Helicopters was discriminating between expatriate and Nigeria pilots and engineers in the payment of salaries, a situation he said the body could no longer tolerate.

He added that while the salaries of expatriates in Caverton had been fully paid and up to date, the Nigerian pilots and engineers are still being owed their salaries.

Be the first to comment on "Bleak Christmas Looms, As Caverton Helicopters Sacks 150"