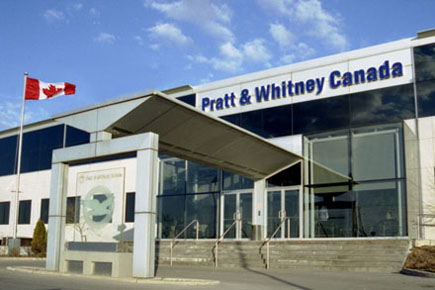 The overhaul was completed at the time of first scheduled overhaul for AIRKENYA Express.

P&WC is a subsidiary of United Technologies Corporation.

Vice President, Commercial Services, Satheeshkumar Kumarasingam, said, “Keeping our customers flying and their operations running smoothly is at the heart of our MRO services. We are committed to providing competitive and comprehensive solutions and support for the more than 2,000 P&WC engines flying in Africa and we are pleased AIRKENYA Express entrusted us to overhaul their PT6A-140 – the first ever since the launch of this new engine.”

The overhaul was performed at Pratt & Whitney Engine Services in West Virginia, USA.

The engine was originally delivered to AIRKENYA Express in 2013 and during the maintenance, the customer was supplied with a rental engine from P&WC Engine Leasing to ensure the airline’s continued operations.

The FAST solution wirelessly transmits full-flight engine and aircraft data for analysis within minutes after engine shut down – delivering relevant and timely alerts and trends data to the customer to help maximise aircraft availability, optimize maintenance planning and operations, and reduce costs.

Speaking, the General Manager, AIRKENYA Express, Capt. Dino Bisleti, said, “We are extremely pleased with the reliability and performance of the PT6A-140 in our fleet and the excellent support from P&WC in completing this first overhaul to our high expectations,”

The PT6A-140 series has established itself as the benchmark in its class, setting new standards for performance, fuel efficiency and reliability.

Over 350 PT6A-140 engines have been produced to date, which is a testament to their remarkable performance and operating economics – including 15 per cent more power and 5 per cent better specific fuel consumption.

The engine’s unrivalled power and versatility are backed by a proactive, seamless service and support network focused first and foremost on customers’ business needs.

AIRKENYA Express’ fleet including the Cessna Grand Caravan as well as Twin Otter, DHC 8-100 and DHC 7-100 aircraft are powered by P&WC engines.

In addition to the current overhaul capabilities offered by P&WC and starting in 2017, PT6A-140 overhauls will also be available at P&WC’s facility at MTU Aero Engines in Germany, providing customers with even greater flexibility when it comes to maintaining their engines.

Founded in 1928, P&WC is a global leader in aerospace that is shaping the future of aviation with dependable, high-technology engines.

Be the first to comment on "Pratt & Whitney, Canada Completes First PT6A-140 Overhaul On Turboprop Engine"