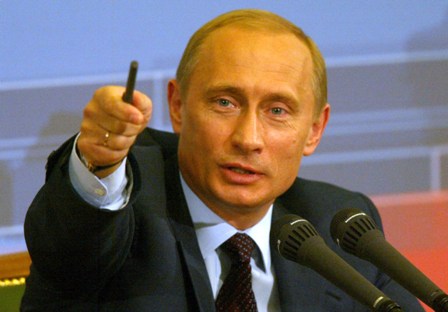 …To Remove Signature From ICC’s Founding Document, Which It Signed But Never Ratified

…As ICC Appeals To Countries Attempting To Withdraw

Vladimir Putin has signed an order to have Russia withdrawn from the International Criminal Court (ICC) amid calls for his military to be referred over air strikes backing President Bashar al-Assad in Syria and the annexation of Crimea.

The President instructed Russia’s Foreign Ministry to notify the United Nations of the country’s refusal to be subject to the body’s activity on Wednesday, following the same move by Gambia, South Africa and Burundi.

State media reported that the government was pulling out of the 2002 Rome Statute, which establishes the International Criminal Court’s status and powers, although the Kremlin never ratified the agreement it signed in 2000.

According to a spokesperson for the Russian foreign ministry, “The International Criminal Court has not justified hopes placed upon it and did not become a truly independent and authoritative judicial body,”

A statement claimed that Russia “consistently advocates that people guilty of grave offences must be held accountable” and took part in developing laws against genocide, crimes against humanity and war crimes.

The President of France, Francois Hollande has suggested that Russia should face war crimes charges over its bombardment of rebel-held eastern Aleppo last month.

“These are people who today are the victims of war crimes,” he told French television amid hundreds of reported civilian deaths. Those that commit these acts will have to face up to their responsibility, including in the ICC.”

It was the latest call parties in the conflict to be prosecuted by the ICC, after Russia and China vetoed a UN Security Council resolution to refer the Assad regime in 2014.

Both Russian and Syria have denied deliberately killing civilians or breaking international law in the Syrian civil war, saying they are targeting terrorist groups.

The UN High Commissioner for Human Rights, Zeid Ra’ad al-Hussein issued an appeal to all countries attempting to withdraw from the ICC on Wednesday.

He said those making the attempt were seeking to, “desert victims of the most abominable international crimes and could not claim their action was based on principle.”

“If the State Parties, who apparently have been masquerading in recent years as countries devoted to criminal accountability, want to leave, then they should leave,” al-Hussein added.

“But we are not convinced their position is based entirely on principle. Quite the opposite: it appears to aim more at protecting their leaders from prosecution.” He further added

The commissioner said there was “no substitute” for the ICC, which he hopes will be eventually accepted universally.

“By withdrawing from the Rome Statute, leaders may shield themselves with immunities – but it will be at the cost of depriving their people of the protection of a unique and essential institution,” he warned.

“We face a choice. We can safeguard our societies by standing firm on the principles of justice which anchor this institution. Or we can cast away the moorings of law laid down to save the world from horror – and turn away from the screams, as impunity overwhelms men, women and children in wave upon wave of violence.”

The ICC is intended to prosecute and bring to justice those responsible for the worst violations of international law – genocide, crimes against humanity and war crimes.

But far only African defendants have been put on trial and a number of countries including the US, China, India, Pakistan, Indonesia and Turkey have not signed the treaty.

Like Russia, Egypt, Iran and Israel signed but failed to ratify the agreement, making it unlikely their governments could ever be prosecuted by the court.