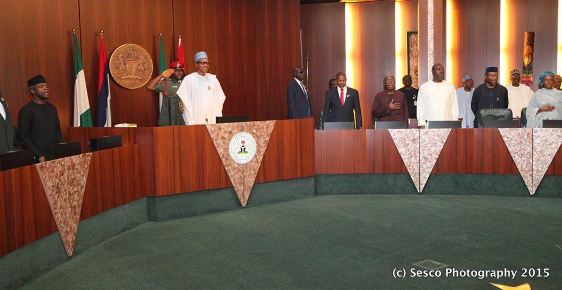 He spoke shortly after the weekly FEC meeting.

According to him, “Singapore is becoming the most efficient and the biggest hub around the far eastern part of our globe, serving New Zealand, Australia, Japan, China, Singapore, and Indonesia.”

He explained that since Nigeria wants to create a hub within the country, it was better to cash in on the opportunity to sign BASA with the two countries.

Speaking further Sirika said, “We thought that in our efforts to also create a hub within Nigeria‎, we will leverage on the opportunity to create air services between the two countries. And Qatar being in the Middle East with robust aviation and strong carrier with ability to move goods and services in a very efficient and fast manner and also high value commodities by air, we saw the need to sign some agreement so that it will define how we are going to do businesses between Nigeria, Qatar and Singapore.”

Sirika disclosed that already President Muhammadu Buhari has approved that Bilateral Air Services Agreement will now go to the National Assembly for ratification.

Earlier, the Minister of Finance, Kemi Adeosun, also disclosed to State House correspondents at the end of the weekly meeting that FEC has approved the bilateral agreement between the federal government and Singapore aimed at avoiding double taxation and the prevention of physical evasion of taxes on income and capital benefits between the two countries.

She stated that the agreement would encourage more Direct Foreign Investments(DFIs) into Nigeria, allow investors to know what their tax obligations are and ensure sustainable tax regime for each country.

Be the first to comment on "FEC Approves Bilateral Air Service Agreement With Qatar, Singapore"