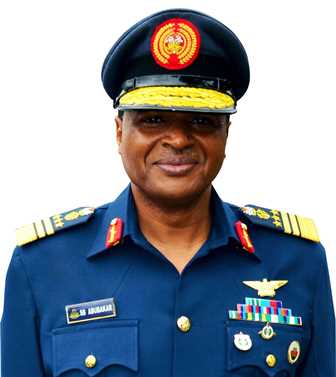 As part of efforts to test the preparedness of Nigeria in the event of any terrorists attack, Special Forces from the Nigerian Air Force (NAF) today at the international wing of the Murtala Muhammed Airport (MMA), Lagos, carried out a simulation exercise.

The event which was to start at 9am did not commence until about 12.15pm , when a group of ‘terrorists’ took over the departure hall of the international wing of the airport shooting sporadically and also holding people hostage.

The Special Forces, who came in through the roof of the terminal was able to overpower the terrorists and arrest the terrorist after a serious a gun duel that lasted for some minutes.

The arrested terrorists, who wore mask were later led into a waiting military van and taken to an undisclosed location.

Speaking shortly after the simulation exercise that lasted for about 45 minutes, the Chief of Air Staff, (CAS), Air Marshal Sadique Abubakar, stated that the essence of the simulation was to evaluate the state of preparedness of the Special Forces in the event of any terrorists attack at airports.

On whether, he was satisfied with what he has seen, he said, “I am very happy with what I saw here today.”

He added that though he had seen some gaps in today’s simulation, he and the team would go back, evaluate and bridge the gaps noticed during the exercise.

The CAS stated that some of the men that carried out the mock operation were trained in Pakistan and while some were trained in Nigeria, adding that all the security agencies have been very cooperative to make the exercise possible.

However, despite the several announcements by airport authority  and the  banners placed at conspicuous location at the airport especially at the entrances about the simulation exercise, some passengers were still taken aback, when the mock operation eventually started.

For instance, one of the passengers developed High Blood Pressure while the operation was ongoing while another woman was rushed out of the scene to another part of the terminal by medics for treatment.