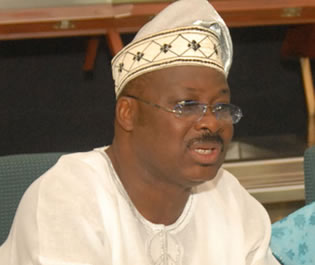 As part of efforts to shore the dwindling revenue of the state, Oyo State Government has announced 50 per cent cut in the salaries of political office holders, their compensation, approval limits and government’s spending with immediate effect.

The Secretary to the State Government (SSG), Alhaji Olalekan Alli made this known at a media briefing today in Ibadan.

Alli stated that the decision was taken at the State Executive Council meeting held on Friday, November. 4, 2016, adding that it was done to shore up the dwindling revenue base of the state.

He informed that the state had been spending its monthly allocation from the federation account on payment of workers’ salary, which according to him stood at N5.2 billion.

The SSG further stated that the state government had not reneged on its subsisting agreement with the labour unions in the state to pay them 100 per cent of the monthly federal allocation to the state.

According to him, “The resources of government in the state dwindled as a result of the economic downturn. “In July, the state’s monthly allocation was N4 billion, N3.8 billion in August, N3.5 billion in Sept. and N2.8 billion in Oct. Considering the dwindling allocation, the best is for state governments to look inward. This is why we are slashing the salaries of all political office holders.”

The SSG disclosed that the state’s Internally Generated Revenue (IGR) was still between N1 billion to N1.5 billion, adding that the state government had employed the restructuring and verification exercise in the state as a means of blocking the several loopholes that allowed for waste of resources.

He said that the ongoing Biometric Verification Number (BVN) exercise in the state had revealed some ghost workers drawing multiple salaries.

According to him, “We have discovered 500 people who did not come for the verification exercise to unravel their true identity.”

The state agriculture initiative, Ali added continued with a target of two million in terms of job and food security, adding that work had reached advance stage on the 10, 000 metric tons silos being constructed in the three senatorial districts of the state.