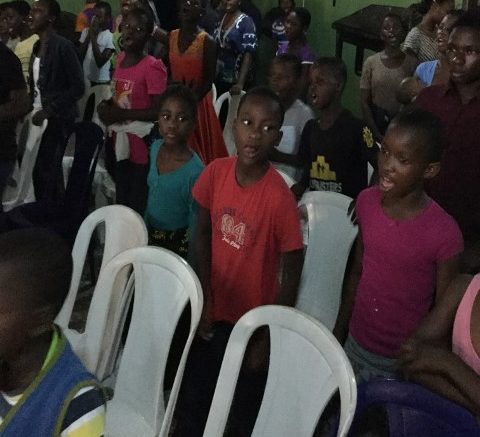 As part of its Corporate Social Responsibility(CRS), which is aimed at giving back to the community where it operate, hospitality giant; Sheraton Lagos Hotel has visited Ijamido Orphanage in Ogun State.

According to the Area, General Manager, Mr Barry Curran, the hotel decided to visit the orphanage to give back to the community and strengthen it by contributing to a cause the hotel feel strongly about.

The hotel, he stated was committed to bettering the lives of the little ones in the community.

The General Manager, who led a team from the hotel, helped the orphanage with various repair works needed. The team painted the building, carried out repair works on the plumbing, wood work in the kitchen and dining room and also assisted in electrical work.

The Barry led team also listened to the children played with them and just enjoyed the company of watching the kids continue to strive for greatness.

According to Barry it was a joy for the team to see how hard the children were working and how the orphanage ensured they made them as comfortable as possible despite their limited funds, adding that the team was glad to have made a difference in their lives and promised to do more for them in the coming weeks. The Area General Manager, stated that Sheraton Lagos believes that it was its responsibility to help make a difference in the community that it has found itself in, as it embodies what hospitality is truly about. Sheraton Lagos Hotel, he further stated hope to continue to make an impact to the society and help build a stronger and greater community.

He added that at Sheraton Lagos, actions speak louder than words that and by doing this, the hotel believes that it would be cementing its place not just as a hotel for business travelers but also a property that creates experiences for leisure seekers and a hotel that cares too.