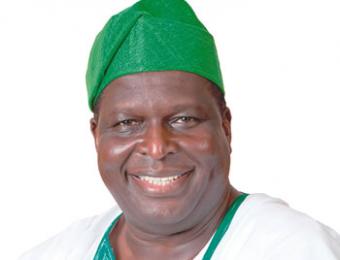 …Says Nigeria Not Serious About Tourism

The former President, who discovered Runsewe and appointed him to turn around and reposition Nigeria tourism, noted that the removal of the ex NTDC DG by the former President Goodluck Jonathan led administration in 2013 was a strong indication that Nigeria was not serious with tourism development and cannot be trusted to make serious impact on the Local and International scene as a destination.

He spoke in an exclusive interview with the National Association of Travel Agencies(NANTA) Television as part of the sideline engagement with the executive members of the association, who paid him a visit to intimate and invite him as chairman of NANTA Award in December.

The former President, who is visibly disturbed and, who is commenting on major tourism issues since he left office about 10 years ago, wondered aloud if Nigeria truly appreciates the negative narratives Runsewe removal brought to Nigeria’s global tourism image.

Recalled that the Obasanjo led administration was noted for creating a separate Ministry of Tourism and also powered the Abuja carnival, tourism Master plan and Presidential Council on Tourism.

“So what has happened to Nigeria’s tourism since 2013 when they removed him (Runsewe)? Has anything worthwhile changed, is it not worse for us now? A visibly angry Obasanjo said.

The former President Obasanjo stated that Nigeria’s failing in tourism was due to lack of continuity in policies and also not putting the right people at the right place.

He suggested and urged NANTA to occupy the Nigeria tourism space and strive to bring players in tourism, travel, hospitality, aviation and entertainment to one table to fashion out a frame work that will provide win-win benefits to all concerned.