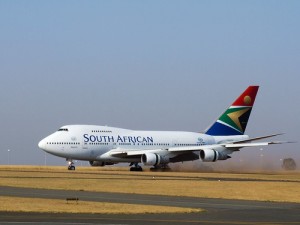 South African Airways (SAA) has taken a decision to prohibit the Samsung Galaxy Note 7 on all its flights.

According to the airline, the decision has been taken based on safety considerations in the interests of passengers, crew and property, adding that the decision will be effective on all SAA flights from all stations globally as from tomorrow Wednesday, October 19.

This means, the Galaxy Note 7 device is prohibited completely and may not be carried by travellers on their persons, in carry-on baggage, in checked in baggage or as cargo.

Speaking on the development, SAA Spokesperson Tlali Tlali, “We initially placed a restriction on the use of the device where we prohibited the charging of this specific model on board our aircraft. However, the recall of the device by the manufacturer based on safety considerations and the announcements made by regulatory authorities in some key markets we fly to, have left us with no option but to comply.”

Subsequent to the announcement by the manufacture to recall the Samsung Galaxy Note 7 regulators in various jurisdiction and countries have announced a ban on the device in respect of air transportation.

The announcement by the regulators obligates SAA as an airline to implement and comply with such a ban.

Further SAA is enjoined by the International Air Transport Association (IATA) general provisions on safety to take steps to ensure safety of its operations as and when goods and/or products have not met safety requirements.

According to IATA, “Lithium batteries that have been recalled by the manufacturer for safety reasons must not be shipped by air”.

The Galaxy Note 7 is powered by lithium batteries and has since been recalled by the manufacturer. “In the interests of standardising and maintaining operational safety and compliance with regulatory requirements it has become necessary to prohibit this specific model on board our aircraft. We are aware that Samsung remains one of the most popular brands worldwide and the decision is not an outright ban of all Samsung mobile devices – it is limited to Galaxy Note 7 only,” added Tlali.

SAA apologised to its customers for the inconvenience this decision may lead to, adding that the airline had to align in order to maintain the safety of its operations and to mitigate risk associated with non-compliance.

“The successful implementation of this decision anchors on customer cooperation and support. Travellers are encouraged to leave the device at home if they have not returned them to Samsung in response to the call made by the manufacturer. Non-compliance with the prohibition may lead to confiscation of the devices and/or fines being imposed against the passengers’ concerned.” Said  Tlali.

The airline, he stated would accept no liability for devices that may be confiscated in the process of ensuring compliance with the prohibition, adding that SAA’s general conditions of carriage still apply.