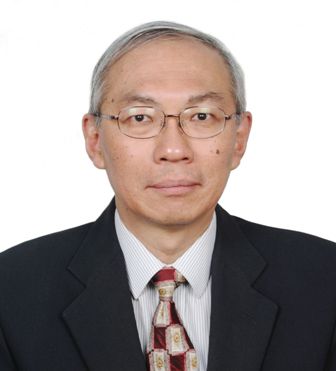 …Visit Part Of Efforts To Resolve Power Outages At MMA

…I am Extremely Excited To Be Here —Chan

The Federal Airports Authority of Nigeria (FAAN) has stated that the visit of the Caterpillar Vice President, for Asia Pacific, CIS, Africa and Middle East Distribution Division, Raymond Chan was part of efforts to find a lasting solution to the incessant power outages at the international wing of the Murtala Muhammed Airport (MMA), Lagos.

This is just as the agency further assured airport users, airlines and stakeholders that the era of power cuts at the gateway airport are over.

The Managing Director, FAAN, Engr. Saleh Dunoma, said this shortly after receiving and  jointly inspecting FAAN Power House at the international wing of the Murtala Muhammed Airport (MMA), Lagos with a high power delegation from Caterpillar led by its Vice President for Asia Pacific, CIS, Africa and Middle East Distribution Division, Raymond Chan at the weekend.

Caterpillar is an American organisation that designs, develops, engineers, manufactures, markets and sells machinery, engines, financial products and insurance to customers through a worldwide dealer network.

The Managing Director, who was represented by the Director of Maintenance and Engineering, Engr. Femi Ogunode, stated the visit by  Caterpillar, the original manufacturer of the six generators at FAAN Power House is part of management response to find lasting solution the series of power outages

He added that in the event of any power failure, FAAN has these generators backups to power the terminal

According to him, “I am sure you saw the Caterpillar people that came to visit us as well .They are the manufacturers of these equipment so their visit further gives us the assurance not just to us but also to the populace and the stakeholders that we have the backup system in case of any failure be rest assure that these generators will perform.”

He stated that as part of the long lasting solution to the power outage, the agency had re–routed most of its cable that pass through the construction site and that the FAAN does not expect any power outage to happen again at the terminal.

On the number of generators that can be used for the terminal at time in the event of power outage from Power Holding Company (PHCN), Ogunode stated that agency use two generators at a time for both the terminal building and MMA.
On what must have been responsible for the frequent power outages at the number one airport terminal in the country, he said, “It could be as a result of system failure on the entire network in the nation and a times we have construction work going on in MMA here, which often lead to our cables being cut and in response to that, we use these generators as backups.”

Ogunode disclosed that the FAAN has six standby generators capable of generating 24 megawatts, adding that each of these generators produce four megawatts and that these generators will act as backup system in the event of any power cut from main source of power.

On what the visit of the Vice President of the generator manufacturing giant, say about the relationship between FAAN Caterpillar, Ogunode, said, “, It goes a long way to say that the relationship between us has been fruitful and the equipment can stand the test of time .Not only did they come, we also used them in their presence and even in Abuja facilities we have it as well. So, just to assure the public that there is really nothing to worry about. We may have hiccups here and there but surely power outage is a thing of the past.”

Speaking after the inspecting the backups, the Caterpillar Vice President who did not hide his feelings stated that he was not only happy to here but that he was also satisfied with what he has seen at the Power House.

According to him, “I am extremely excited to be here “

He continued, “I am very happy with what I have seen so far. I see beautiful generator sets here. They are six units and four megawatts each and they produce 24 megawatts for the Federal Airports Authority of Nigeria (FAAN) and I am very proud together with the dealers MANTRAC that we have the opportunity to provide our service to Nigeria especially for very important infrastructure, providing critical standby power to airport.”

Abelnews recalled that power outages at the international terminal of the Lagos Airport have been a source of worry to the agency following the several disruptions and discomforts it has caused airport users.

FAAN had attributed the several power cuts at the terminal to the excavation of electric cables buried underground that supply power to airport by construction workers  working on the new  international terminal under construction.