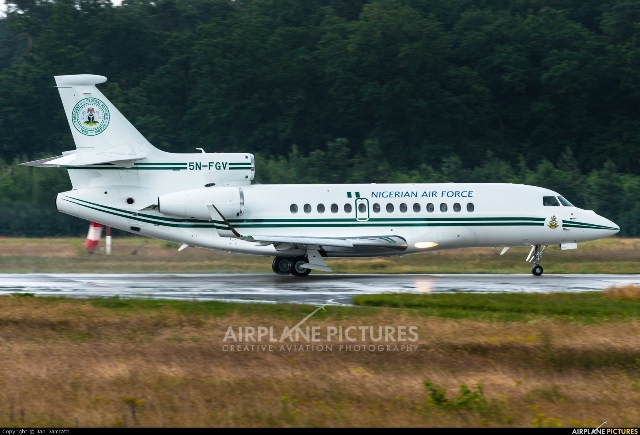 The Presidency has finally agreed to sell two of the aircraft; a Falcon 7X Executive jet and Hawker 4000, in the Presidential Air Fleet (PAF) by confirming newspaper advertisement putting them up for sale.

The Senior Special Assistant to the President on Media and Publicity, Garba Shehu, made the confirmation in a statement made available to journalists.

Shehu further explained apart from the advertisement on the sale of the two aircraft, some airplanes in PAF would soon be handed over to the Nigeria Air Force (NAF) for its operations.

According to him, “When he campaigned to be President, the then APC candidate Muhammadu Buhari, if you recall, promised to look at the Presidential Air Fleet with a view to cutting down on waste. His directive to a government committee on this assignment is that he likes to see a compact and reliable aircraft for the safe airlift of the President, the Vice-President and other government officials that go on special missions.”

He continued, “This exercise is by no means complete. I am sure the Commander of the Presidential Air Fleet will any time from now call you to a ceremony at which he will hand over some other aircraft to the Air Force for their operations.”

The Federal Government had directed interested buyers to quote their bids in US$s.

According to the advert interested buyers were asked to inspect the Falcon at the Presidential Wing of the Nnamdi Azikiwe International, Airport (NAIA) Abuja, and the Hawker at Cessna Zurich Citation Service Centre, Zurich, Switzerland.

The office of the National Security Adviser (NSA), which is in charge of the sale, advised interested buyers to quote their bids in US$s.

Be the first to comment on "Finally, Presidency Agrees To Sell Two Presidential Aircraft"