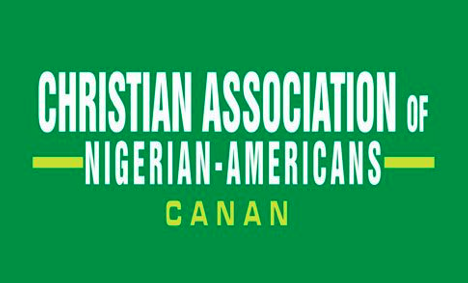 Christian Association of Nigerian-Americans (CANAN) has stated that it would take the economic recession in Nigeria, which has escalated prices of goods and services to God in prayers.

This is just as the body asked its members to hold a one-day prayer, tagged “CANAN Prays.”

CANAN is the voice of the voiceless Nigerian- Christians in the United States.

The call was made in an online statement signed by its Executive Director, Dr. Ade Oyesile and made available to Abelnews.com in Lagos

He said the Board of Trustees headed by Pastor (Dr.) James Fadel, had appealed to all Nigerian-Americans to make Sunday, October 2, 2016 the ‘day of special prayers’ for Nigeria.

“In commemoration of our 56th independence anniversary, we all have to dedicate this day to seek the face of God in our various churches in view of the trying times the country is presently undergoing.  Oyesile stated in a press statement signed by Williams Ekanem, media consultant to CANAN.

Recalled that the National Bureau of Statistics in August officially declared that Nigeria has gone into recession going by the spiraling inflation and economic stagnation rate.

Sole dependent on crude oil for income, weak naira value and large scale corruption rate have bedeviled Nigeria’s economy overtime resulting in continuous depletion of the foreign reserves, which stood at $24.7 billion as at the end of September.

“Government administrations can only do so much, but seeking the face of God is the only solution that can rescue the country from this ravaging economic crisis” Oyesile stated.

This will be the second time in two years CANAN will embark on an all-out prayer time by its members for Nigeria.

In March 2015, CANAN partnered with other groups such as the Praying Army, Wailing Women Worldwide, ASPLN and Nigeria Prays in a month-long prayer time for the peaceful conduction of the 2015 general elections in the country.

The association was the vanguard for the designation of Boko Haram as a Foreign Terrorist Organisation (FTO) by the US government even against the strong opposition from the immediate past Nigerian government.