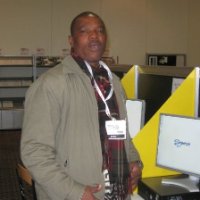 The Association of Nigerian Journalists and Writers of Tourism (ANJET) has signaled its intention to reclaim its place of pride and influence in the development and promotion of Nigeria tourism industry, as it has named a two – man caretaker committee to oversee its affairs for the next one year.

This new dawn was proclaimed at a recent meeting of the association held in Lagos, where it resolved to put the past behind it and focused on the task of building the association in order for its to play the role expected of its in the tourism industry.

To this end, a two – man caretaker committee made of seasoned and respected travel and tourism journalists, Mr Andrew Okungbowa and Mr Omololu Olumuyiwa.

They were given the marching order to galvanise the members, reposition the association and make it relevant as well as deliver on its promise of holding both the government and private sector players accountable for the wellbeing of Nigeria tourism.

While acknowledging the enormous task ahead of it, the Chairman of the Committee, Okungbowa, pledged the commitment of the committee to discharging its mandate even as he called for the unalloyed support and commitment of the members of the association, adding that the task requires the forthrightness of all the members.

He promised a new dawn for the association, insisting that it is time again for ANJET to claim its enviable and respectable position in the industry not just as a watchdog alone but also as a key contributor to the development and growth of the tourism industry.

The caretaker committee chairman also promised to look into the wellbeing of all its members, build trust and confidence as well as ensure true bonding among the members, as these are some of the ingredients needed for the professional journalism body to thrive and carry out its functions effectively.