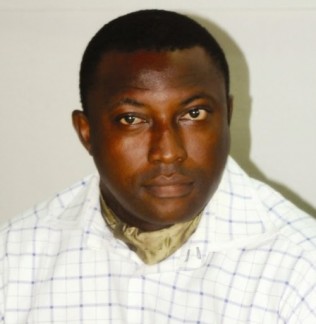 The Minister of State for Aviation, Senator Hadi Sirika should, as a matter of urgency, convene a Stakeholders’ Conference that will draft and present a National Civil Aviation Policy (NCAP}. We need the policy to tackle common bottlenecks to propel Nigerian aviation. The new policy should reflect liberalisation and be pro growth. Some countries have done it. India’s new NCAP is designed to empower carriers negotiate commercial partnerships with little or no interference from the regulator, improve facilitations by using fast travel technology systems and self handling will be allowed to boost competition with ground handlers. Taxes on maintenance will also be reviewed downwards. These and many more can be looked into to bolster our industry.

The purported deregulation of aviation fuel should be revisited, not reversed. The supply mode is regulated by the oligopolistic suppliers while our passengers still pay fuel surcharge on each ticket till date, the price is increasing and sometimes not available, paradoxically the fall in oil prices in the international market and airlines increased profitability is completely absent in our airspace. There is something wrong here.

On the concession of choice airports, the UK experience of privatising worked well in a matured political society after being a regulated environment for decades. In less developed countries like ours, governments should be tilting towards building and enhancing the transport system rather than just offloading the assets. This is to avoid a situation whereby we move from ugly state-owned airports to even uglier privately owned airports. It is noteworthy that most reputable private sector investors would not consider buying an airport with fewer than one million passengers.

That is why airports have often been sold as a package – good and bad, small and large, domestic and international. In achieving the objective, the government should as a first step invite reputable international airport management companies, who will often achieve what governments can no longer take care of; improvements in capacity, efficiency and safety. These private managers are internationally recognised airport operators with track records, who can be sourced and verified by a click on the mouse. They will act as advisors or management consultants to government within a limited time frame, during this period they will be given the Federal Airports Authority of Nigeria (FAAN) to manage, restructure and position. This will strengthen and improve FAAN’s corporate governance structure while our political environment will also be maturing to adapt to the inevitability of privatising these airports.

This airport management should be selected by an open and transparent process backed with international referral. l am not referring to the usual masquerades that form a ‘quickie’ consortium that will rush to the Corporate Affairs Commission(CAC) for registration and win using Padi- Padi in government. The essence will be defeated if we don’t have a management company that we can key into their international contacts and tracks.

Government should please go through all the different options on the table, while also using our peculiar socio economic and political barometers before closing the door. Taking only the four viable airports alone and leaving the unviable ones will create more problems for the industry. Where do you place the Chinese loans for those airports and conditionalities such as having an airport management company in place? Will it not conflict with the concession?

If government has agreed to concession all the airports as recently espoused why not start with the unviable ones? There should be fairness and transparency from the beginning to prevent future problems, while an independent, robust and strong regulatory body must come on stream to protect the public, users, investors and the airlines, it is the norm and we cannot be different. Therefore the Nigerian Aviation Economic Regulatory Unit as provided for in NCAP 2013 should be reconsidered.

The agencies in the sector need urgent manpower and administrative surgery, they are tilted politically to the detriment of professionalism, therefore to restore efficiency and reduce cost, and government should not only dig into the past rot, but ensure that the books are combed to ascertain purported expenses and liabilities.

On public travel, government can reduce cost drastically by building on the TSA policy, with warehousing all public travel. This will involve inviting interested foreign airlines to submit bids and blocked fares, which are much lower than the market fares and can be renegotiated on bi-annual basis. The Australian Government just renegotiated public travel costs with foreign airlines flying into Australia, despite having strong carriers. Unfortunately, 97% of our public travel is on foreign airlines and it’s the reason for high fares on the Nigerian route because the agencies and their agents deliberately bid for high fares that increases return via commission and discounted spare tickets that never shows in the books.

Lifting Of Nigerian Pilgrims By Saudi Arabia And Other Foreign Carriers

I also will want us to address the issue of Saudi and other foreign owned carriers lifting Nigerian pilgrims, how they arm twisted the government to partake in lifting Nigerian pilgrims are quite baffling. The issue of reciprocity has to do with scheduled passenger and cargo flights only,  at the moment these flight are being operated by the Saudi national carrier alone unchallenged. Our airlines and passengers pay the requite duties and taxes on each passenger taken to Jeddah, which should be enough for their government. To put our pilgrims on Saudi carriers and also short changing our airlines and tour operators is tantamount to aero political bulling. The Christian pilgrim flight should also be handled by Nigerian carriers and tour operators alone.

The consolidation of the industry should be the first step if we really need to stop the rot and the foot dragging of the operators and regulator. A REGULATED FLEET CONSOLIDATION PROCESS should be initiated immediately to strengthen our carriers, improve safety and attract partners. I propose a minimum of five commercial jets for domestic operators, eight for regional and 10 for international operators. Thereafter strong flag carriers with national outlook will blossom, while a Fly Nigeria Act for all non schedule government flights should be used to complement the consolidation process. WE DO NOT NEED TO START A NEW NATIONAL CARRIER, LET IT BLOSSOM NATURALLY BY OWNERSHIP AND OPERATIONAL PROWESS. What we lack are policies to strengthen and encourage new investors.

(Accenture Report:  which aligns with agitations of industry watchers clearly indicates that consolidation backed by public listing after a critical financial audit is the panacea for our troubled carriers.)

It is no secret that most infrastructural investments and foreign carriers are natural monopolies or have monopoly-like characteristics. To offset the negative impact of monopolistic behaviour, the independent regulator must keep the consumer interest paramount both in terms of price and service levels. Therefore a credible independent robust economic regulator should be considered. This is a refreshing innovation that will curb and punish predatory activities, ginger competition and most importantly protect domestic carriers and consumers from companies and airlines with significant market power and dominant position. The Nigerian Civil Aviation Authority (NCAA) should focus on technical and safety oversight, its core competence. Incidentally, the idea of an independent regulatory body tallies with the new Civil Aviation Policy, International Air Transport Association (IATA) position on effective governance and the World Bank Report presented to stakeholders.

Gray market popularly called illegal charter flights are operated by civil and military aircraft. This hydra headed monster remains unresolved in spite of the rhetoric on the matter. Military participation in civil charter is illegal and detrimental to commercial charter operators and also encourages romance with politicians, which will affect security and professionalism. The government must show leadership, while the regulator needs to educate end users about the dangers of the gray market. Illegal flights put insurance coverage in jeopardy, create unfair competition and hinder the growth of legitimate operators. The luxury tax introduced recently for charter and private operations by the ministry of finance is a bit late, but commendable. As expected, implementation has always been the bane of the industry. The norm in other climes is that non aeronautical services and general aviation revenue are used to oil the wheels of operations and improved profitability.