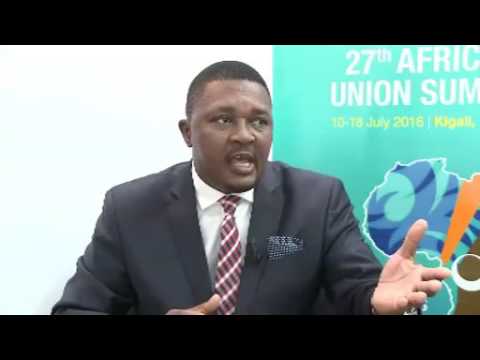 African nations have nominated a Zimbabwean, Dr Walter Mzembi, as their candidate to become the new head of the United Nations World Tourism Organisation (UNWTO).

Speaking during the UN General Assembly in New York, Africa’s longest-serving tourism minister said that he was humbled and privileged to have been chosen by the Government of Zimbabwe, the Southern African Development Community (SADC) and the African Union (AU) as the continent’s candidate.

According to Mzembi, “Since the establishment of the UNWTO in 1974, no African has ever become its Secretary General. Almost all the geographical areas of the world have produced a Secretary-General, except Africa. In fact in 42 years, three secretaries-general have come from Europe; while one each has come from the Americas and Asia. I am therefore delighted to be representing my region as the continent’s united candidate”.

If elected, Mzembi will come on board in 2017, during the “International Year of Sustainable Tourism for Development”.

Globally, he has said that his plan would be to align the three tourism-specific Sustainable Development Goals on ‘decent work and economic growth’, ‘responsible consumption and production, and ‘life below water’.

Regionally, he said that he would further embed tourism’s intervention in the African Union’s Agenda 2063.

A former member of the UNWTO’s Executive Council and current chairman of the UNWTO’s Commission for Africa, Mzembi was instrumental in convening the 20th UNWTO General Assembly in 2013.

This global conference, which was hosted jointly by Zimbabwe and Zambia, was described by the current Secretary General, Dr. Taleb Rifai, as “the best attended ever” in the history of the organisation. Rifai, a Jordanian national, retires next year.

Membership of the Madrid-based UNWTO, one of the 17 specialised agencies of the United Nations, covers 157 countries, 6 territories, and 480 affiliate groups representing the private sector, educational institutions, tourism associations and local tourism authorities.

The organisation promotes responsible, sustainable and universally accessible tourism and works to make tourism an effective tool for development.

“The UNWTO is the world’s leading international organization promoting tourism as a driver of economic growth, environmental sustainability and inclusive development. My vision has always been to use tourism to promote peace, security and social harmony and, if I am appointed, I hope to be able to steer tourism development towards climate change adaptation and mitigation, and ultimately reduce poverty among communities”, concluded Mzembi.

Tourism remains one of Africa’s most important strategic sectors, both in terms of employment, foreign exchange revenues as well as opening up the continent and its opportunities to the world.