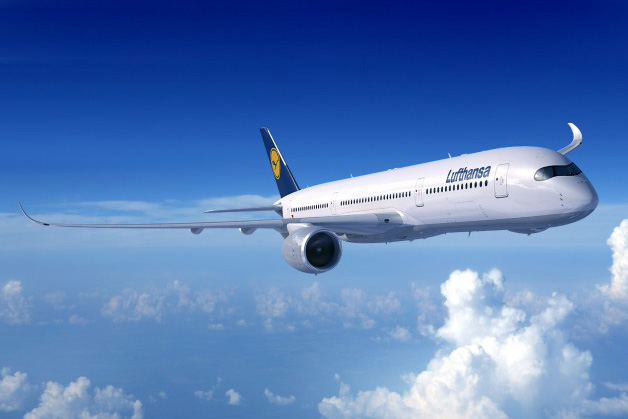 The Lufthansa Group and Air China   have signed a wide-reaching partnership agreement in Beijing, which will enable the two aviation groups to jointly operate all connections between Europe and China as part of a Commercial Joint Venture (CJV).

What this means is that the two companies will successfully implement what they agreed to do as part of a memorandum of understanding in summer 2014.

The joint venture aims to significantly expand their mutual code-sharing connections and enhance their commercial partnership.

The CJV, which will allow the Lufthansa Group to continue pursuing its partnership-driven Asia strategy, brings to three the number of enhanced partnership in Asia.

Recalled that Lufthansa Group a signed a joint venture with the Japanese Airline; All Nippon Airlines (ANA) and Singapore Airlines in November 2015.

Speaking on the CJV at the signing of the agreement in Beijing, the Chairman of the Executive Board and CEO of Deutsche Lufthansa AG, Carsten  Spohr, said, “As the flag carrier, Air China is the ideal partner for the Lufthansa Group in the People’s Republic of China. This ground-breaking joint venture will fundamentally strengthen our competitive position on routes between Europe and China. The significantly enhanced partnership will enable us to create additional benefits for customers.”

“The Chinese aviation market is one of the most important growth markets worldwide. We want to profit from this growth together with our Star Alliance partner Air China,” added Spohr. Also speaking at the CJV signing ceremony, the Chairman of Air China, Cai Jianjiang, said,“The Joint Venture with Lufthansa and the Lufthansa subsidiaries Austrian Airlines and Swiss International Air Lines is another major steps of Air China’s globalization strategy following Air China’s accession into Star Alliance in December 2007. Both parties can further strengthen our overall competitive edge in both China and Europe. Under the Joint Venture framework, we will further expand network coverage in China and Europe, enhance the flight connections in beyond markets and optimize flight schedules, enabling us to bring more and flexible flight choices, favorable fare products and seamless travel experiences.”

The Lufthansa Group’s joint venture with the flag carrier of the People’s Republic of China is particularly significant as it clearly strengthens the presence of Lufthansa Group Airlines in the second-most important aviation market in the world.

Together with the Transatlantic trilateral joint venture partnership with United Airlines and Air Canada, the Lufthansa Group now covers the world’s most important intercontinental markets as part of its joint venture activities.

As a result, around half of Lufthansa’s long-haul flights are covered by joint ventures, securing additional benefits for customers.

Lufthansa Group and Air China plan to cooperate more closely in the future.

Their flight timetables will be better coordinated with each other, allowing them to provide customers with cheaper connections between their individual route networks.

They also plan to offer common fares, modify corporate programmes to improve the products available to corporate customers and examine the opportunities for optimisation with regard to existing connections in frequent flyer programmes.

In addition to Lufthansa and Air China, the agreement extends to the Lufthansa subsidiaries Austrian Airlines and Swiss International Air Lines.

In turn, Lufthansa, Swiss and Austrian Airlines will gain access via Air China to additional routes in China, the second-biggest aviation market in the world. Further destinations are set to be added soon as part of code-sharing.

The commercial joint venture is scheduled to commence at the start of the 2017 summer flight timetable.