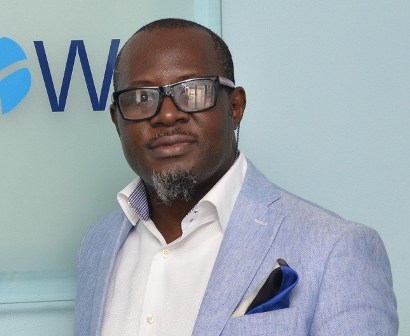 …Says Nigerians Should Ask FAAN What It Did With PSC, Others

Worried by the incessant power outages at the international wing of the Murtala Muhammed Airport (MMA), Lagos and other very disturbing issues affecting the industry, the National Association of Nigeria Travel Agencies (NANTA) has restated its call on the Federal Government to declare a state of emergency in the aviation sector.

The body reiterated its call in an online statement signed by the National President of NANTA, Mr  Bernard Bankole and made available to Abelnews this afternoon.

The NANTA President stated that the association was disturbed by the news of yet another power outage at the international terminal of the Murtala Muhammed Airport, Lagos.

The association’s call is coming barely few days after he made similar call at breakfast meeting with select journalists while fielding question on the way forward for domestic airlines whose fortunes are not only dwindling but whose number are depleting by the day.

His breakfast meeting reaction followed the suspension of operations by two local carriers; Aero Contractors; he oldest airline in the land and Firstnation Airways.

Bernard recalled that the incident on Monday, September 12, 2016 was the second of such occurrences in the past one week, urging the Federal Government of Nigeria to immediately put an end to this recurring national embarrassment.

He pointed out that apart from the issue of incessant power failure experienced in airports across the country; there is the parlous state of tarmacs as well as the inefficient personnel manning some of the posts at the airports.

The NANTA boss recounted that a few weeks back, one of the airplanes operated by South African Airways (SAA) got damaged on the tarmac at the Nnamdi Azikwe International Airport(NAIA), Abuja, adding that the aircraft was grounded for a few days before the airline got it fixed.

According to him, “NANTA worries at the disrepute that these inefficiencies bring on our nation.  We maintain that these difficulties, which airlines do not suffer in smaller but more organised systems account for the decision by foreign airlines to recently, adopt Ghana as the hub for their activities. As an organisation whose over 6000 membership are active players in the industry, we call on the Federal Ministry of Transportation and indeed the Federal Government to take steps to remedy the situation at our airports and bring back the days of glory.”

He wondered why FAAN could not ensure interrupted power supply at airports despite the fact that the agency collects $50 about (N21, 000) Passenger Service Charge (PSC) on every passenger.

“To start with, we ask why the Federal Airports Authority of Nigerian (FAAN) is unable to ensure uninterrupted power supply at our airports in spite of the collection of $50 Passenger Service Charge (PSC) they receive on every passenger. Questions must be asked about what is done with these monies,” He queried.

He noted that as the umbrella association of people, who issue tickets, NANTA is aware that only the Neutral Unit of Currency (NUC) and fuel surcharge (YQ or YR) goes to the airline and that all taxes collected on behalf of the government and the airport authority are centralised and are collected from source by International Air Transport Association (IATA) through Billing Settlement Plan (BSP) on behalf of the government.

NUC is a private currency used by the airline industry, to record fare calculation information.

The association, he declared is confident that these monies were remitted to FAAN; hence it reiterates the call on the Federal Government to declare a state of emergency in the aviation sector to avoid a total collapse that will worsen the nation’s economic crisis.