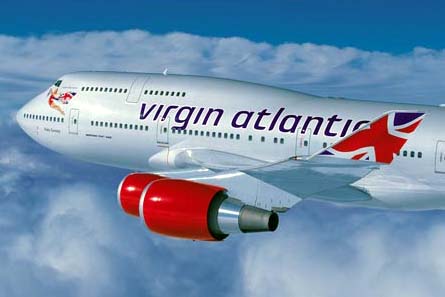 Virgin Atlantic, one of the British flag carriers has launched special promotional fares beginning from $300 for customers that want to visit family and friends to celebrate Nigerian 56 Independence anniversary.

Speaking on the promo fares, the Country Manager Virgin Atlantic, Adrian Bird, said the launch has made it even attractive to book a flight to London and that the Independence promotional fares from Lagos to London is available to purchase from now till 26 October 2016 at www.virginatlantic.com  for travel between  September  8 and December 10, 2016.

The airline explained that the special fare is available in economy and that Virgin Atlantic’s economy class aims to give maximum value for money.

With a contoured, space-saving seats, maximising legroom; an average seat pitch of 31” pillows and blankets.

State of the art in-flight entertainment system offering 300 hours of video on demand where passengers can watch or listen to what they want and can start, pause or rewind their chosen movie, television  show or CD.

Choice of three entrees with main meal including a vegetarian option plus special pack for children.

Speaking further on the promo fares, Adrian said, “Virgin Atlantic is committed in going the extra mile and creating unique travel experiences for every passenger. Nigeria remains an important market for Virgin Atlantic and one that we have served for 15 years – so we’re celebrating Independence Day with a very special offer for our customers.”

He continued, “Virgin Atlantic offers daily flights to London from Lagos and we pride ourselves on making travel that little bit more fun and more exciting – from serving afternoon tea to having the largest fully flatbed available in business class. We are always looking for ways to ensure our customers are surprised and delighted by every journey with us.”