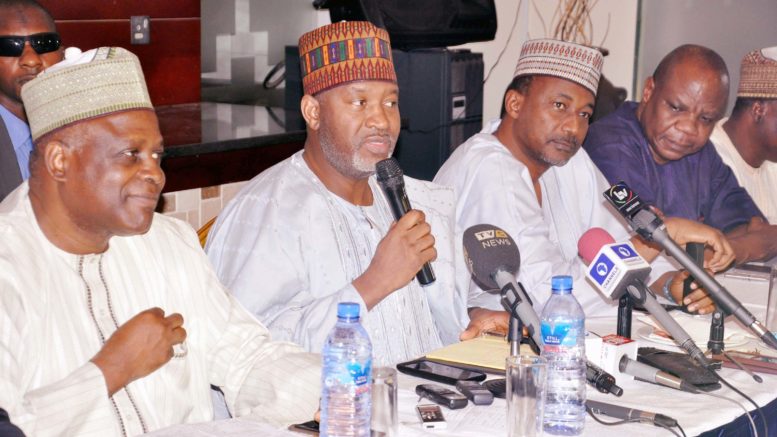 …Says Nigerian Airports Cannot Grow The Way They Are Today

The Minister of State, Aviation,Alhaji Hadi Sirika, has said that nobody can stop the Federal Government planned concession of the four major airports in the country.

He made this categorically clear an interactive session with the League of Airports and Aviation Correspondents (LAAC)in Lagos.

He listed the four major airports that will be concessioned by the Federal Government to include the Murtala Muhammed Airport(MMA),Lagos, Nnamdi Azikwe Airport(NAA), Abuja, Port Harcourt Airport(PHA) and Mallam Aminu Kano Airport (MAKA),Kano in the interest of safety .

He told aviation journalists that the protest by aviation unions against the planned concession was done out lack of information and the misconception that these airports would be privatised and sold to private individuals.

According to him, “We must concession. No going back . I cannot think of any other way.”

The Minister argued that in view of the huge market Nigeria has, it should go beyond the 15 million annual passenger capacity in the next five years.

The Federal Government, he hinted was trying to create concession of airports beginning with the four airports to grow aviation business and that in doing this the government is very conscious of what Nigeria is as county.

Sirika added that Nigeria is a very important country for air transport in view of her huge market.

According to him, “We think we are in the right direction and the decision we have taken to concession the four airports is the right step for the industry and for the country”.

Concessioning of these airports, he contended would bring about effective and efficient management of the facilities and that the Federal Government will maintain its ownership.

To buttress his point on why the Federal Government must concession airports, the Minister cited Dubai Airports, which according to him have shopping malls, spar and other super markets but lamented that in Nigeria airport terminals, what passengers see are cigarette and liquor shops, adding that the present government will not allow the terminals to remain like that.

The minister sated that reports had shown that 40 per cent of passengers prefer to pass through airport terminals with excellent facilities, adding that duty free in Dubai is about $1.2 billion, a situation not obtainable in Nigeria .

He commended aviation journalists for their support in  reporting the aviation industry, urging them to do more by ensuring they investigate whatever piece of information they have in attempt to balance their stories.

Sirika assured aviation journalists that he would not abandoned them , as he would continued to carry them along in efforts at building a very functional aviation sector.

He listed some of the issues raised at the first Abuja stakeholders meeting to include: concession of airports, national carrier, private sector driven Maintenance Repair and Overhaul (MRO) hangar, proposed Aviation Leasing Company, a university to produce personnel for the aviation sector

Earlier, the Chairman, LAAC,Mr Chuks Iwelunmo, listed some of the challenges facing aviation correspondents in carrying out their jobs at Lagos Airport since the group was evicted from the Press Centre at the Presidential Lounge of the Murtala Muhammed Airport(MMA),Lagos in 2012.

He instructed the Federal Airports Authority of Nigeria (FAAN) to provide a befitting accommodation for LAAC and that he would continue to partner with the group to make aviation great.

Recalled that the Aviation Correspondents under the aegis of LAAC was evicted under questionable circumstance by security agencies (SSS and Ministry of External Affairs) under the President Goodluck Jonathan’s administration in 2012.

Aviation journalists’ problem with the authority then started when they reported the invasion of Lagos Airport by armed robbers in 2012 and also queried the inability of the Close Circuit Television (CCTV) installed with billions of Naira at the airport to pick the footages of the bandits.

This led to labeling the group as ‘security risk’ and subsequently evicted LAAC from the Press Centre.