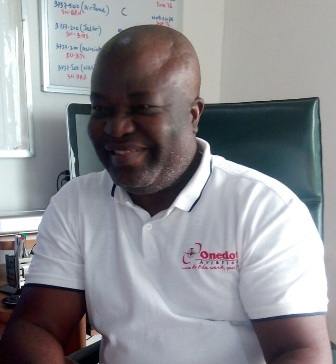 The Chief Executive Officer (CEO), Onedot Aviation’, Capt. Henry Oludotun Ogunyemi has said that Nigeria will save $3 billion annually if airlines in the country carry out heavy maintenance on their aircraft locally.

This is just as he hinted that Nigeria would save N3 billion if the airlines in the country carry out maintenance checks locally.

Capt Ogunyemi made this known while speaking on the inability of both the government and the private sector to establish a maintenance hangar to take care of the heavy maintenance needs of Nigerian carriers and that of other countries.

The Onedot disclosure is coming at a time, when airlines in the country are finding it extremely difficult to source for dollars for the maintenance of their as result of the Federal Government Forex policy.

The airlines’ maintenance challenge is further compounded by the foreign exchange rate to carry out major checks such as C- and D-Checks on their airplanes.

He stated the Nigerian Civil Aviation Authority(NCAA) has given Onedot Aviation approval to carry out maintenance checks both line and heavy  for Beechcraft, HS-125, Bombardier among others since 2014 and Boeing 737-200 Series and Boeing 737-300/400/500 series  in June 2016.

Ogunyemi further stated that Onedot Aviation had already successfully carried out a B-Check on an Air Stream’s Boeing 737-200 cargo aircraft, which is currently flying perfectly.

He encouraged other domestic airlines to follow suit, as the services rendered by Onedot Aviation are top notch, as the company has qualified engineers and state of the art tech.

He stated that Onedot could also reduce the frenzy for forex as it would charge the airlines in Naira, adding that one of the benefits of carrying out MROs locally is that it would save airlines a lot of funds which according to him can lead to business expansion for such airlines.

According to him, “First, putting all the airlines’ maintenance together, Nigeria will be saving $3billon annually if we patronise our own local MROs. There will be reduced stress on the dollar currency and this cut across all the airlines. It is cheaper for the airlines to carry out their maintenance in the country. First and foremost, the ferry cost is saved as it takes time to ferry an aircraft to an from wherever it is done overseas. ”

“Even the ground time is saved as sometimes some aircraft stay six months and others stay a year so the airline will save in ground time. Saving money and ground time increases the profit of the airline. Airlines are free to check our services out.”

He continued, “With increase of profit, there can also be an increase in fleet which means increment of staff, pilots and cabin crew employing more Nigerians, creating more jobs. In fact, the ripple effect is so numerous and cannot be underscored. Assuming they are not expanding or recruiting, they will be able to pay their staff and not owe, eliminating unnecessary hardships.”

In his words, “We have experienced Base engineers in Nigeria already that can take over from the expatriates who are already on ground with the initial know-how and technology. With the MRO there will be jobs for the teeming engineers and retraining of engineers to keep a base of sound technical hands who hitherto flew overseas.” that we have now. There will be job opportunities and there will be training

Ogunyemi  commended Minister of State, Aviation, Hadi Sirika and the NCAA Director General, Capt. Usman Mukhtar for making Onedot possible; for taking the bull by the horn and ensuring it is in line with President Muhammadu Buhari’s vision of encouraging local content especially in this era where there is a plan to actually patronize home grown ideas, products, services  and to also strengthen the Naira against other currencies.