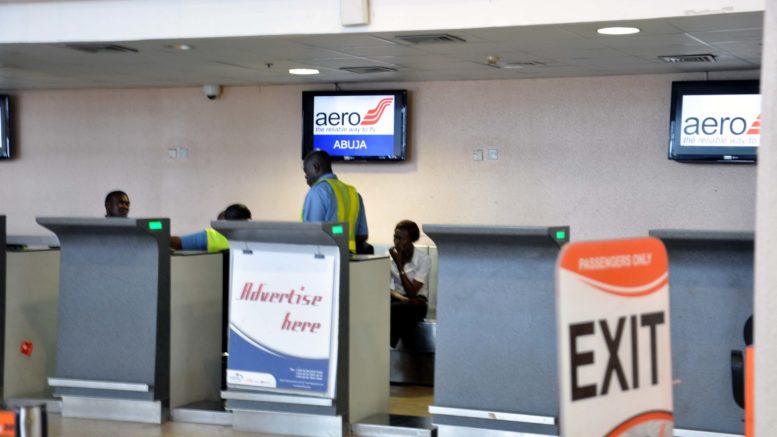 Aviation unions comprising of the Air Traffic Services Senior Staff Association (ATSSSAN) and the National Union of Air Transport Employees (NUATE) have taken over the head office of the embattled Aero Contractors at the Murtala Muhammed Airport (MMA),Lagos, which commenced the suspension of Scheduled flights today

Recalled that the management of the airline had stated yesterday that it would commence the indefinite suspension of scheduled flights today, Thursday, September 1, 2016.

A brief telephone chat with the President of ATSSSAN, Comrade Benjamin Okewu revealed that the taken over of the airline followed the indefinite leave given to the over 1,400 workers.

Al ready Abelnews learnt that workers are singing solidarity songs to protest the treatment by the oldest airline in the country.