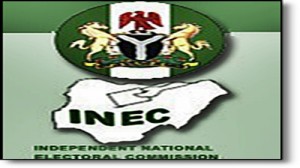 As part of efforts to ensure that every eligible Nigerian votes during elections, a Non Governmental Organisation (NGO);”The Big Loving Family Association(Blofaint)” has called on the Independent National Electoral Commission(INEC) to commence Voters Registration and distribution of Personal Verification Number (PVCs) two years  before election.

The Chairman of Blofaint, Malik King, who made the call while speaking with journalists at the Murtala Muhammed Airport (MMA), Lagos today, added that the group is calling on INEC to commence registration and issuance of PVCs early to ensure that what happened in 2015 does not repeat itself in the 2019 general elections.

He said that the group’s call is also coming on the heels of complaints by many Nigerians that the non issuance of PVC prevented them from voting in the 2015 elections that ushered in the present administration.

The Chairman pointed out that Nigerians should be aware that majority of the eligible voters do not vote during elections compared to our population.

According to him, “We are calling on INEC because we want to avoid a situation where eligible Nigerians cannot vote due to no fault of theirs but due to the inefficiency of the election umpire.”

King added that the group has commenced the sensitisation of Nigeria to make them understand the importance of participating in the coming elections, adding that if every eligible Nigerian votes during election they can change the polity.

He posited that the group is presently on the mindset of some Nigerians, who have made up their minds not to vote during elections despite having their PVCs.

In his words, “We reach out, educate, sensitise and create awareness so that every single individual will understand the importance of voting right. “

The Big Loving Family Association (Blofaint Nigeria) is a Non- Governmental Organisation (NGO) that represents and speaks for people who are eligible but could not vote because they don’t have PVCs.