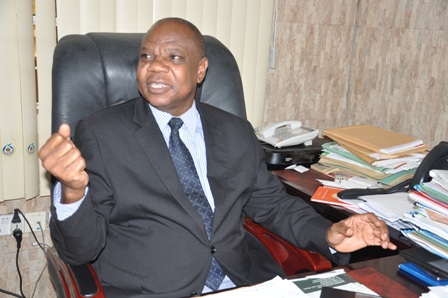 The Nigerian Accident Investigation Bureau (AIB) is under the Ministry of Aviation and it is the agency responsible for the investigation of civil aircraft accidents and serious incidents within Nigeria.

Not quite long; precisely in 2015, AIB, built a Wreckage Preservation and Reconstruction Hangar facility not only to make accident investigation easier but to also make data analyses faster. Abelnews writes that this is one facility aviation stakeholders and analysts have been eagerly waiting for considering the stress and the time it takes the agency to flying abroad components of accident aircraft anytime there is accident.

The construction of this facility did not only excite stakeholders but they also wanted to know its importance and how it can enhance safety in the Nigerian aviation industry.

Accident is not limited to air transport alone and whenever it occurs there is fear and apprehension among air passengers and this further reduce the confidence of air travellers in air transport.

Apart from that, anytime there is accident in air transport, it questions the safety of the airline concerned and even other airlines. It also questions the oversight function of the regulatory agency and whether the airline itself had adhered strictly to the maintenance schedule.

Accidents can lead to injury or death and can cause environmental and economic damage when it occurs. Investigation by Abelnews into the causes of accidents and incidents revealed that after every air accident, AIB makes recommendations to prevent future occurrence.

In civil aviation, investigating aircraft accidents is one of the most complex aspects of investigation, as it involves the collection of the minutest details as investigators try to unravel the probable cause of an accident.

In the world over, aviation safety and investigation have improved considerably over the years. Air accident investigation includes proper reporting and preservation of evidences. In today’s aviation, all modern individual reporting and investigating requirements are based on the International Civil Aviation Organisation (ICAO), Annex 13 regardless of nation.

In Nigeria for example, AIB, is the agency saddled with the responsibility of investigating air incidents and accidents, but ever since its set up in 2006, anytime there are accidents, components of the accident aircraft were usually flown and analysed overseas; in Europe and America.

For close to a decade this has been the practice going by the fact that AIB does not have the facility to analyse the components of the aircraft.

The absence of this facility in most cases further makes AIB’s investigation to prolong, considering the fact that the facility where the accident aircraft components will be analysed is based abroad.

But the story changed for the better in 2015, when AIB with the support of the Ministry of Aviation completed the construction of a Wreckage Preservation and Reconstruction Hangar facility in Abuja. The birth of this facility makes AIB the first agency in West Africa to have such a facility.

As if that was not enough AIB also launched a Flight Safety Laboratory in Abuja, which is used to download and analyse flight data from flight recorders of accident and non-accident aircraft for accident investigation and prevention purpose respectively.

The multi-million dollar laboratory located at the Nnamdi Azikiwe Airport(NAA),Abuja, brings to an end the practice of going overseas for analysis of data in the aftermath of accidents in the country.

Already, Abelnews has on good authority that the University of Ilorin had indicated interest to partner with the bureau on the usage of the facilities for its students.

Speaking on the development in an interview, the Commissioner of AIB, Dr. Felix Abali, said that the wreckage hangar facility would serve the purpose of storage of accident aircraft parts for analyses and that it would also do for the engine of accident aircraft after it has been torn apart for detailed analysis.

Abali stated that with this project, expectations are already high that management of accidents that had hitherto proved difficult would now be enhanced, adding that the facility would also facilitate the improvement of the quality and timelines of accident investigation.

According to him, “The facility will also be deployed for ease of pathological service, just as it will enhance the improvement of the quality and timelines of accident investigation. The wreckage hangar is completed now and our members of staff have been trained on how to handle it. So, as it stands, we have a wreckage hangar that will further aid our investigations. This was one of the things that we used to go to abroad to do and it cost a lot of money and time.”

On his part, an Air Safety Investigator, Engr. Oluponmile Alao, said that the facility would help the bureau in carrying out wreckage layout and reconstruction any time there is accident.

Alao noted that apart from Nigeria other developed aviation industries such as the National Transportation Safety Board, (NTSB) of the United States and the Air Accident Investigation Branch (AAIB) of United Kingdom also have such equipment, which is to aid investigation process.

He however called for adequate training for AIB’s personnel to enable them handle the equipment in the hangar, stressing that only two of its personnel had so far had the initial training on the equipment.

The Air Safety Investigator stated that manufacturer training would enhance their knowledge of the installed facilities.

He also stated that there was already a request from the University of Ilorin to sign a Memorandum of Understanding (MOU), with AIB with the aim of collaborating with the agency usage of the laboratory.

He stressed that the equipment would be useful to science students especially during projects.

In his words, “AIB can allow students of higher institutions across the country to make use of the facilities with a token fee. This will take care of the consumables like cutting tools and discs. I believe that if AIB allows these institutions to make use of the facilities in the hangar, it would be a mutual benefit to both parties including researchers.”

He continued, “With such equipment at our domain, the time spent on investigating an aircraft accident is now reduced, but for its effective usage, there is still a need for manufacturer training, apart from the initial training some of the investigators have had.”

Also speaking on the Wreckage Preservation and Reconstruction Hangar facility, the Chief Executive Officer of Finum Aviation Services, Engr. Sheri Kyari, said that the construction was a good development for the Nigerian aviation industry.

He added that the hangar if well equipped would ensure the security of material evidence, help in investigation and identify any components that contributed to an accident thereby making recommendation to prevent recurrence.

Kyari pointed out that the facility could also serve as a facility to store very vital materials relating to aircraft accident for further researches.

He explained that with the recent unveiling of the Flight Safety Laboratory for the analysis of aircraft accident by AIB, it has reduced the time spent on accident investigation.

Kyari noted that the construction of the wreckage hangar facility and the launch of laboratory would further reduce the investigation time on accident most especially if the black boxes are retrieved as fast as possible from accident scene.

He however advised the management to ensure that its investigators were adequately trained to manage the equipment.

“I think AIB has been doing well in terms of improving accident investigation in the country by training its technical personnel. The most appropriate thing for the management to do is that once they have new equipment and tools, they should train people to be able to handle them and they should not forget simulation training for them too.” He advised.

In his words, “They can simulate with disuse aircraft to make them current on the equipment. Also, apart from this, I think if there are accidents within the sub-region, AIB can send its personnel to such a country by participating as observers.”