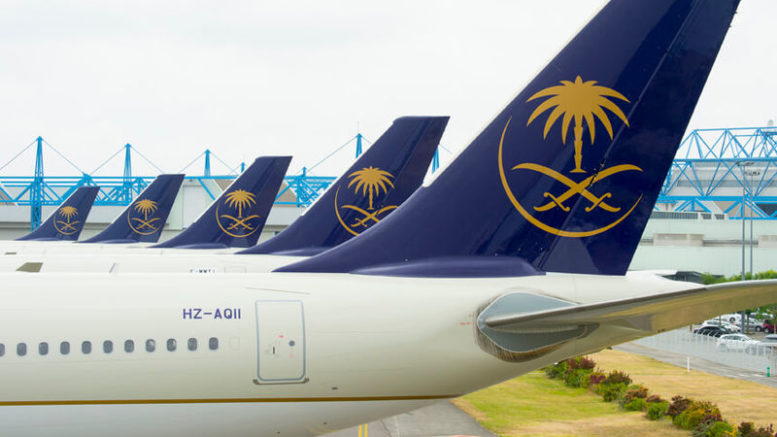 Saudi Arabian Airlines, the national carrier of Saudi Arabia, has taken delivery of its first A330-300 Regional, making it the launch customer for this new member of the versatile and successful A330 family.

Specially optimised for regional and domestic operations, the A330-300 Regional will boost capacity on several of Saudi Arabian Airlines’ most in-demand routes, enabling the airline to generate additional efficiencies while offering its passengers an unprecedented comfort level.

The A330-300 Regional also represents the lowest-cost alternative and easiest fleet addition due to its high commonality with the A330s already operated by Saudi Arabian Airlines.

Speaking on the development, the Director General Saudi Arabian Airlines, Saleh bin Nasser Al-Jasser said, “We are excited to welcome the first A330-300 Regional to our fast expanding Airbus fleet. It is a step forward in recognising our commitment to a family of aircraft, which has contributed immensely to our market growth. The advantage of operating the new regional version of such a popular aircraft with proven operational flexibility and lowest cost per seat means unbeatable economics for our business and our customers.”

Saudi Arabian Airlines will lease the A330-300 Regional fleet from the International Air Finance Corporation (IAFC), a leading lessor in the Middle East.

Also speaking, the  President and Chief Executive Officer of IAFC, Moulay Omar Alaoui said, “IAFC has always been a pioneer in introducing innovative Islamic financing solutions to the aviation industry, positioning itself as a strategic partner with unique products and services. We are proud to partner with Saudi Arabian Airlines and Airbus and are confident that this deal will further reinforce the leading position of Saudi’s national airline.”

On his part, the Managing Director of Airbus Middle East, Fouad Attar,said, “We congratulate Saudi Arabian Airlines for becoming the launch customer and operator of the A330-300 Regional.  We are convinced our most popular wide-body aircraft will play an instrumental role in supporting the regional network expansion of the airline.”

The A330-300 Regional is optimised for missions up to 2,700 nm (5-hour flight) covering short to medium haul routes and offers significant cost savings through a reduced operational weight of around 200 tons.

The reduction in fuel burn per seat and maintenance costs will result in an overall cost reduction of around 20 per cent compared to today’s long-range A330-300.