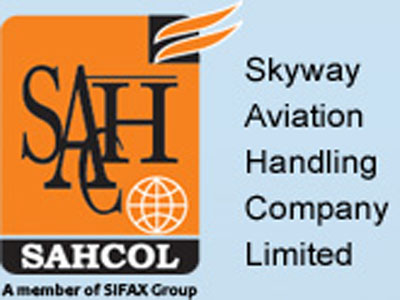 As at the time of compiling this report the facilities at the international wing of the Murtala Muhammed Airport (MMA), Lagos were still locked.

A source close to the Customs told abelnews.com that the agency decided to close the warehouses took following a tip-off that some Chinese citizens were using the Nigerian Customs Service officials to export the contraband to their home country.

He added that investigation by NCS revealed that Chinese nationals in Nigeria were using the seaports and airports to illegally smuggle Kenyan treasures to their country.

He source further told abelnews.com that two Chinese had been arrested in connection with the seized items.

Abelnews.com checks further revealed that these Chinese had brought the items into Nigeria from Kenya to use Nigerian freight forwarders to finally assist them in shipping the items to their country.

The sealing off of the warehouses is coming just as the Kenyan government continues to have sleepless nights over the stealing and smuggling of donkey skins by foreign nationals.

Contacted, the Image Maker of NAHCo Aviance, Mr. Tayo Ajakaye said that he would get back while SAHCOL Spokesman, Basil Agboarumi confirmed the development but added Customs is still investigating the matter.

Recalled that NCS had in June this year arrested two Chinese nationals when they attempted to smuggle 678 pieces of elephant tusks and other prohibited items out of Nigeria through SAHCOL.

The other prohibited items seized from the suspected smugglers included eight sacks of pangolin weighing 381 kilogrammes.

The suspects’ action was said to have contravened Schedule 6 of the Nigerian Exports Prohibition List, which prescribes as illegal any attempt to export wild animals and endangered species.

The Customs Area Comptroller, MMIA Command, Frank Allannah, had said the suspects had been remanded in custody pending further investigation.

Allannah said the impounded items would be handed over to the National Environmental Standards and Regulations Enforcement Agency.

According to Allannah,  “Eagled-eyed Customs officials at the Export Shed of the MMIA intercepted the prohibited items while they were being taken out of the country by the Chinese who claimed ownership of the items.”

He continued, “Upon physical examination of prohibited items, the Chinese were subsequently arrested and are still being held in custody.”

The Customs boss stated that the elephant tusks were in two compartments of 387 unprocessed pieces, while 271 had been processed into combs and hand bangles.