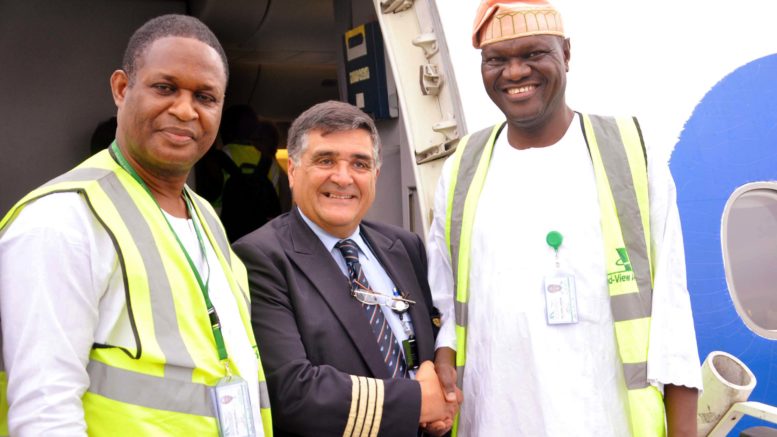 Med-View Airline is one of the carriers approved by the Federal Government for this year’s Hajj operations and the carrier has consistently done so for the past 10 years.

Speaking on the airlift of pilgrims, the Executive Director (Technical) for Medview Airlines, Alhaji Lookman Animashaun said that the airline would be airlifting 770 passengers on Monday, adding that the firm would operate B747 and B777 to airlift the pilgrims while those of Edo and Osun would be airlifted on Tuesday.

According to him, “Medview is known for its pro-activeness for Hajj operations 2016. We plan to use the airplane for Dubai after Hajj. The B747 we use for Gatwick will be here with us for two years.”

On its route expansion programme, Animashaun stated that apart from London and Jeddah operation, the airline will begin service to Dubai as it expands to Freetown and Monrovia via Accra.

“We are expanding beyond Accra to Sierra Leone and Monrovia, “he said

He assured the 10, 000 pilgrims allocated to the airline would receive good service and will not also experience difficulties as all logistics have been taken care of.

In his words, “We will fulfill all our promises to offer quality services and our experience in doing this in the past 10 years will count for us.”

This is just as the airline took delivery of another airplane, B777-200‎ one week after the carrier acquired B747 which it deployed on its Lagos-London Gatwick.

Speaking on the airplane Animashaun stated that the B777 airplane that arrived Nigeria from Lisbon, Portugal would be used for airlift of pilgrims for the 2016 Hajj exercise which begins on Monday.